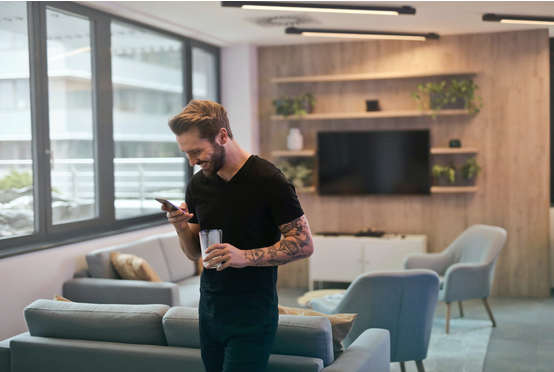 Music, beat, notes, and videos. What more could you possibly ask from music tapping mobile games? The mechanics of the game are overwhelming as it gives you an almost true to life experience when you play the game. Tapsonic is developed by Neowiz, and now, you can feel one of the best experiences of music tapping as it is playable through your mobile devices.

There are a lot of qualities that make this game entertaining. One of them is that there is no need for you to spend cash because of the developers supporting a fair play attitude. In other words, there is no pay to win accessories. Score boosters or special characters do not affect your scores. If you want to play with all of the soundtracks, you can download them for free.

They have also added a ranking system to keep the game interesting. This includes the ranks for international competition, world, country, and it even has a Masters Rank for the true champions out there. In order for you to join the ranks, prove your skills by dominating each match.

If you want to showcase your skills, you can also join the champion’s tour. You will be given selected tracks and a schedule for your match. To make it seem like a real competition, you are only given one chance. This is the chance to show your true skills and show everyone what you’re made of. Tapsonic can be downloaded on the App Store and Google Play Store.

Developed Rayark Games, Cytus II is a sequel to ‘Cytus.’ The game features a story that gives the players an immersive gameplay experience. The story goes, in the future, humans redefined internet development and connections. People can now easily sync the internet world with the real world, changing the life that we have known for years. Interesting, right?

The game features of Cytus II are unique. It has an ‘Active Judgement Line’ gameplay style.  To reach a high score, you have to tap the notes as the judgement line hits them. There are five different types of notes. Depending on the beat of the song, the speed of the judgement line will adjust accordingly.

There are a total of more than 100 high-quality songs, including songs that were composed by artists all around the world. The players can play songs with different genres, such as electronic, rock, and classical. The gameplay does live up to your expectations.

“A harmony of Light awaits you in a lost world of musical Conflict.” Get ready to lose yourself in songs as this game brings you an unforgettable rhythm game experience. It has a touch, hold, and slide game mechanics that are quite challenging. Grow and develop your skills throughout the game as the game has a serious difficulty.

The game has over 90 songs that feature more than 50 artists all around the world. Each song has three different difficulties for you to master. The game also features different song genres for the player’s satisfaction, and expect new soundtracks through content updates. Players can also play with their friends to see who gets the highest score.

If you’re an online computer gamer, being equipped with the right accessories can help you come out on top of your next battle, race,...
Read more
Games

Why Are Block Games So Popular?

Block games are a fun way to fuel your problem-solving and decision-making skills, along with unleashing your creativity and imagination. These powerful features make...
Read more