Home Gadgets 6 Cool Gadgets That Will Transform Your Bathroom

6 Cool Gadgets That Will Transform Your Bathroom 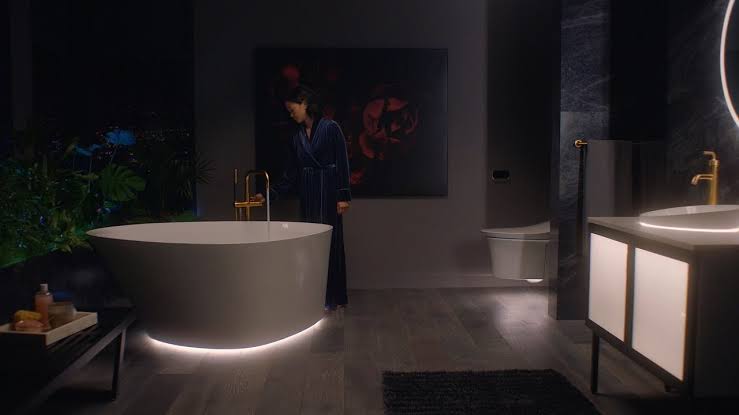 Bathrooms are generally the most popular rooms to upgrade with many homeowners spending lots of money to completely redesign how the room looks.

However, you don’t need to pull out everything to transform your bathroom, as there are lots of cool gadgets you can install from best tiles for underfloor heating to dehumidifying your small bathroom, smart toilets and digital showers. So if you want to upgrade your bathroom, and don’t just want to learn ‘How to Fix a Wobbly Toilet’, consider the following gadgets.

Japan is a leader in technology, and that is evident in their bathrooms. Smart toilets are the norm in the country with Japanese company Toto making some of Japan’s most hi-tech toilets. They feature touch-key controlled flushing, water heating, and automatic raising and lowering of the toilet seat. Smart toilets are even making their way across the globe with Wired noting how “many Westerners [are] converted by the joys of the Japanese-style, all-in-one electronic bidet and toilet.” Who wouldn’t fall in love with them? They can play music, give you a massage, and heat the seat.

In the UK, digital showers are becoming increasingly popular. Good Homes Magazine reports that installing these futuristic showers is “one of the easiest ways to bring your bathroom bang up-to-date.” A digital shower allows you to quickly and easily control not only the temperature of your water, but also its flow. You can even do it via remote control. Despite such ease of use, a digital shower installation requires careful electrical planning. HomeServe advises its British customers to get their plumbing checked if they are upgrading heating or drainage systems. This is because when installing a modern feature it is vital to make sure that your current plumbing system can handle it, and that the actual installation is done safely. When these considerations are met you’ll be able to use your digital shower with no trouble at all.

Surfaces Reporter notes that hi-tech features make bathrooms look and feel luxurious. This is why smart mirrors are becoming popular in the U.S., with companies like Häfele, Qaio, and Cera leading the way. Häfele’s Aquasys Light Mirror features integrated touch-key options that control the mirror’s background lighting and anti-fogging function. Qaio’s Evervue features background lightning, too, and can even double as a monitor that broadcasts local weather, stocks, reminders, and news. Cera’s elegant LED mirrors have silver plating on the back to ensure better reflection, as well as features like a demister to prevent condensation. Smart mirrors are not only functional, but they can transform a bathroom to become much more sophisticated. So, it’s a switch you might want to make soon.

Smart lighting is popular in many parts of the world. But in Singapore the trend is towards light infused fixtures, from mirrors and sinks to bathtubs. Business Insider covered the release of Kohler’s Veil Lighted Collection. This luxurious collection includes a free-standing tub, vanity, mirror, and intelligent toilet that all feature hands-free, voice-enabled mood lighting. What’s more the color temperature of each fixture can be changed according to your mood or preference. Granted the collection is quite pricey at $899 (Rs 140, 927). But it will definitely upgrade your bathroom’s look and feel.

Smart taps are being used worldwide. They use sensor technology to turn the faucet on or off automatically. As smart taps allow hands-free use, they are far more hygienic as opposed to traditional taps. The smart taps in Germany, though, take things up a notch. Not only are they fully automatic; they are wholly self-sufficient. These advanced smart taps, made by companies such as HansGrohe and Dornbracht, adjust both water flow and temperature automatically. The best part is that they can continue to function even when there’s a power outage as it has a battery that stores the energy generated by the flow of water in the washbasin.

Australia seems to be taking this smart bathroom trend very seriously. Many Australian homeowners are now installing smart soap dispensers. A smart soap dispenser uses sensors to automatically dispense soap right into your waiting hands. It’s a hi-tech and hygienic way to apply soap. It’s also a simple yet cool way to modernize your bathroom and will impress guests.

Introduction
ALSO READ  Best fitness trackers 2021: for tracking your Steps, Sleep and Monitoring HR
AppValley is a third party installer that has been one of the best in a long while. It has...
Read more