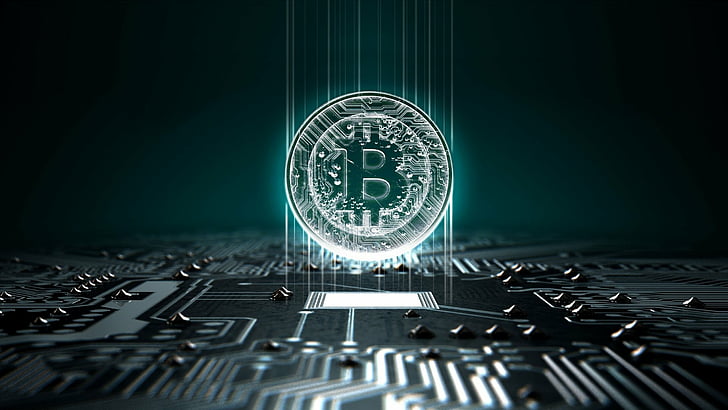 Bitcoin is an innovative payment network and a new kind of money. It’s a form of electric cash. Transactions are made with no middle man or bank. Bitcoin can be used to buy products and services.

The domain name bitcoin.org was registered on 18 August 2008. Bitcoin was invented in 2008 by an unknown person or group of people using the name Satosh Nakamoto and started in 2009 when its source code was released as open-source software.

How does bitcoin work?

Bitcoin uses peer-to peer technology to operate with no central authority or banks managing transactions and the issues about bitcoins are carried out collectively by the network. The independent individuals or companies participate in bitcoin network called miners. Every single transaction is recorded in a public list called blockchain.

Bitcoin is the process by which bitcoins are released into circulation. Generally, mining requires the solving of computationally difficult puzzles in order to discover a new block. Which is added to the blockchain. In contributing to blockchain mining adds and verifies transaction records across the network. For adding blocks to the blockchain miners receive a reward in the form of a few bitcoins it is called bitcoin mining rewards.

In what ways it is different from traditional Currencies

Bitcoin can be used to pay for things electronically. Decentralization is most important characteristic of bitcoin means no single bank, men or government controls the bitcoin network. Other currencies have an unlimited supply-central bank can issue as many as they want. With bitcoin on the other hand supply is tightly controlled by the underlying algorithm. Bitcoin transactions cannot be reversed unlike electronic fiat transactions.

Advantages and disadvantages of bitcoin

There are lots of things other than money which we consider valuable like gold and diamonds. Bitcoins are valuable because people are willing to exchange them for real goods or services and even cash. The best thing about bitcoins is that you can settle international deals without messing around the exchange rates and extra charges. It is transparent, so you know what is happening with your money. There is no verification for new users. Its anonymous means you don’t need to use your name.

The value of bitcoins has gone up and down that’s why many people don’t think it’s good choice to turn your real money into bitcoin. Due to the software complexity many people don’t like them. Its very time consuming means it takes at least ten minutes to approve your transaction. The legal status varies from country to country that’s why many countries banned it. Bitcoin has been criticized for it’s illegal transaction, its high electricity consumption and thefts from exchanges.

One of the darkest side is that criminals have taken to bitcoin because anyone can open a bitcoin address and start sending and receiving bitcoins without giving a name or identity. There is no central authority that could collect this information.

Some recommendations that we should follow while using bitcoin

Bitcoin is the most public form of transaction with anyone on the network seeing your balances and log of transaction. This is one reason why you should change bitcoin addresses with each transaction. You can also use multiple wallets for different purposes so that your balance and transaction history remain private from those send you money.

Why won’t the government just shut it down?

The record of bitcoin networks, including all balances and transactions are store on every computer helping to maintain the network. If the government made it illegal for the people of one country to participate in this bitcoin network, the computers and peoples keeping the records in other countries would still be able to continue.

There are millions of fans worldwide of all types of animation art, also referred to as Anime.
ALSO READ  10 Best Webinar Software To Use In 2021
The fact is...
Read more