Home How to Celebrating Mother’s Day; Highlighting the Struggles of Single Moms! 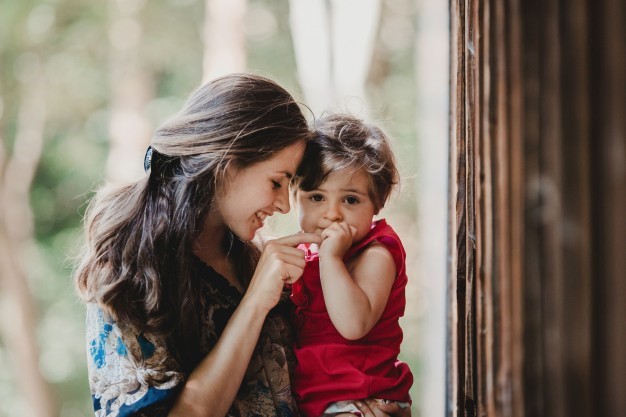 Life’s different when you’re on your own, especially when there’s a whole human fully dependent upon you! This Mother’s Day, we’ve decided to snap the attention to all the single moms out there, working, thriving and surviving both for themselves and their babies. A mother does it all for her child, and when she knows there’s no one to have her back, she becomes even stronger! Just in case you’re brought up by a single mom, here’s a big fat salute to her for hustling around and never giving up! Highlighting some real issues of these unstoppable women, we’re here to bring them in light.

She looked by her side, there was no one! All the responsibilities were solely hers to take care of. This was when she decided to fight this battle with no looking back ever. She worked hard, day and night to give you what you wanted. There were times when she didn’t have money to buy that dress she loved just because she had to get some groceries for home. She looked for flashing discounts or sales at even the tiniest stores to save some money and buy you your fav toy. You were undoubtedly her priority!

And when they felt eyes roaming around them, judging them and their child brutally; it was the worst feeling of all! Nobody tried to understand what put them in this situation or if it’s their own choice. Everybody there just made assumptions and killed them with their stares as they stepped out of their house. A lot of these people don’t understand that sometimes walking out of a toxic relationship is better than being in one and risking your mental and physical wellbeing. Abusive marriages and relationships, unplanned pregnancies, betrayals, sexual abuse, and sometimes unfortunate accidents leading to the death of their partners; it all scars a single parent yet she has to get up and fight it on her own for her kid!

Explaining it to the Child!

As a mother, she protected her child from negative people and every unpleasant situation that might have left an impact on their tiny brains. All the judgmental people out there and the ruthless society were ready to make their kids feel worthless and some untouchable person. Keeping them away from such people was certainly a task for these moms. Besides, as the kids grew up and saw their friends coming to school with their dads, a massive storm of questions started winding up in their minds. Moms explained the whole situation to the children and played both the roles of a father and mother for them.

Imagine having a whole stash of responsibilities on your shoulders and a baby to take care of side by side. It’s no cakewalk to go through! Amid all these duties, and obligations, how would one find time for themselves. She probably had to take you to your playschool before work instead of getting some coffee on the way. She walked you down through the park in the evenings instead of getting her hair fixed in some salon. There wouldn’t have been a single time when she would have thought about herself instead of her child. The bills, rent, groceries, job, children and everything else she has to look after; The hustles are certainly countless!

Well, it’s quite possible that the exes keep intruding in their lives. All the burden and responsibilities are taken up to a bit more extreme level with this obtrusion. Sometimes the ex-husbands or the ex-boyfriends keep poking them to come back in their lives or threaten them with the child custody kind of things. It wasn’t easy at all for all the mothers out there who have single-handedly taken care of all these things while bringing you up to be the best versions of yourself.

Putting on the lid, parenting is all about hustles and sacrifices out of love for the children. However, it goes an extra mile when we’re talking about the single mothers. If you are one, there can’t be a more influential individual than you on this planet. And if you are brought by one, then this Mother’s Day, go ahead and shower her with all the love and attention she has been longing for. Buy her gifts, take her out, spend time with her and make her feel like she’s the most loveable person in this world.

There are millions of fans worldwide of all types of animation art, also referred to as Anime.
ALSO READ  4 Underrated Cars You Might Want to Consider
The fact is...
Read more