How Dark Mode Works for iPhone and iPad on iOS 13 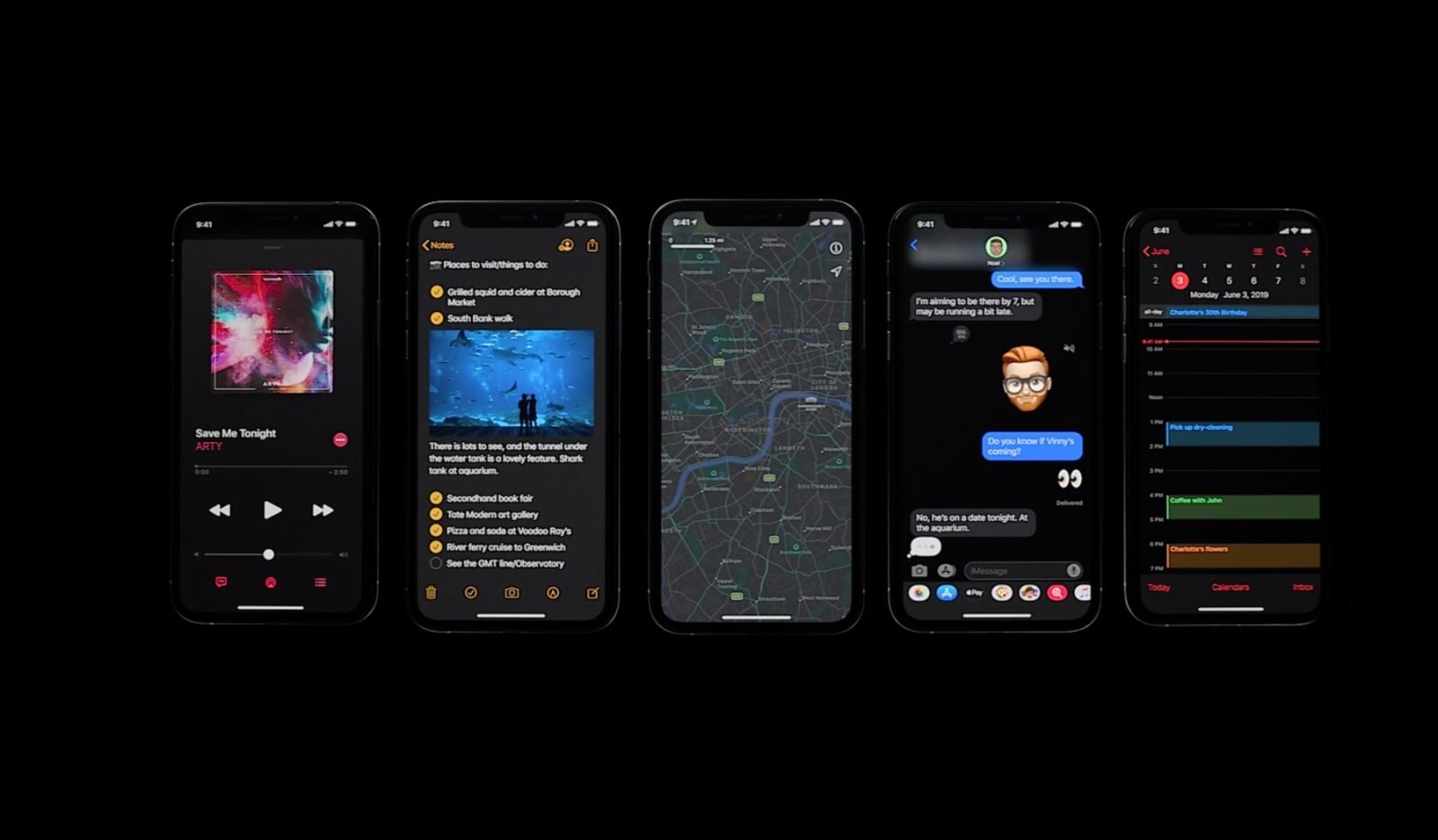 IOS 13, the new version of Apple’s iPhone system, now features a native night mode (also called dark mode). Long awaited by users, the feature is useful for using the phone at night or in the dark, preventing screen brightness and overwhelming your eyesight. With it, the system interface and applications projects less aggressive color to the eyes, such as black and dark gray. The wallpaper can also be changed to emit less light.

Not that it’s revolutionary or groundbreaking (it’s been around for years on other platforms and even macOS already has it), but it’s because it’s a feature that users have been asking for a long time and that Apple has finally decided to bring to the iPhone and iPad.

What is dark mode?

Dark mode reverses the color palette on the screen, leaving the dark / black background with the light letters.

People like to use dark mode for different reasons: on the one hand, with the dark background, the screen emits less light, which is ideal for those who like to browse on their mobile phones late at night and don’t want to flash yourself as you try to fall asleep.

On the other hand, OLED screens (where black means off pixels), the black background can yield slight battery savings. And lastly, there are those who simply like the dark style throughout the system and enable it for aesthetics.

Some iOS apps already have a permanent dark mode. This is the case of Calculator, Clock, Watch and Stock Market. Books (formerly iBooks) also lets you apply night mode automatically if it detects that there is low light in the room.

How to enable Dark Mode?

Enabling Dark Mode on your Apple system is easier on the next NFL MVP. As soon as you install the system or start setting up a new iPhone / iPad, one of the first questions you’ll get is whether you want to turn on the dark look for the system.

But don’t worry, the setting can be changed at any time in Settings, Screen and Brightness menu, or even right in the Control Center.

The easiest way to get dark mode is to go to Adjustments and after clicking on option Screen and Brightness. You can choose whether you want to adjust it manually or prefer to leave it on auto so that it will turn on Dark Mode as soon as night begins.

Note that in the Control Center there is a shortcut to the hidden function in the backlight slider. Just a long press on it will make the shortcut appear at the bottom of the screen.

Another option is to add your own shortcut to Dark Mode under Settings ›Control Center› Customize. The big difference between Dark Mode and the color-reversing accessibility feature (Classic Inversion or Intelligent Inversion) is that the former only works on apps that support the function. That is, if the application is not supported, it will not change automatically according to the system settings.

Of course, there are apps with built-in dark mode for some time now, but only iOS 13 offers the function globally and each app needs to include this in its code to identify the active configuration on the system.

For internet websites, it is the same procedure. There is no point in having the system Dark Mode enabled if the site does not support the feature. So, most of the websites you visit are likely to display a white background even when dark mode is enabled on iOS.

This change affects various social networks, such as the one that is currently being talked about – Instagram.

Instagram, in the iOS 13 update, adds night mode available to its users. The change was made to smooth scrolling in Feed and use of Stories, as it eliminates the white edges of the app layout. In addition, the black look helps regarding battery saving and brings more comfort while in dark environments.

Introduction
ALSO READ  Steam content file locked? Here’s how you can fix it.
AppValley is a third party installer that has been one of the best in a long while. It has a tremendous collection of gaming,...
Read more
Tech

In this World, virtually everybody likes to hear music. Music also can work as a medication that may take away your stress. moreover, you'll...
Read more
Tips & Tricks

Steam content file locked? Here’s how you can fix it.