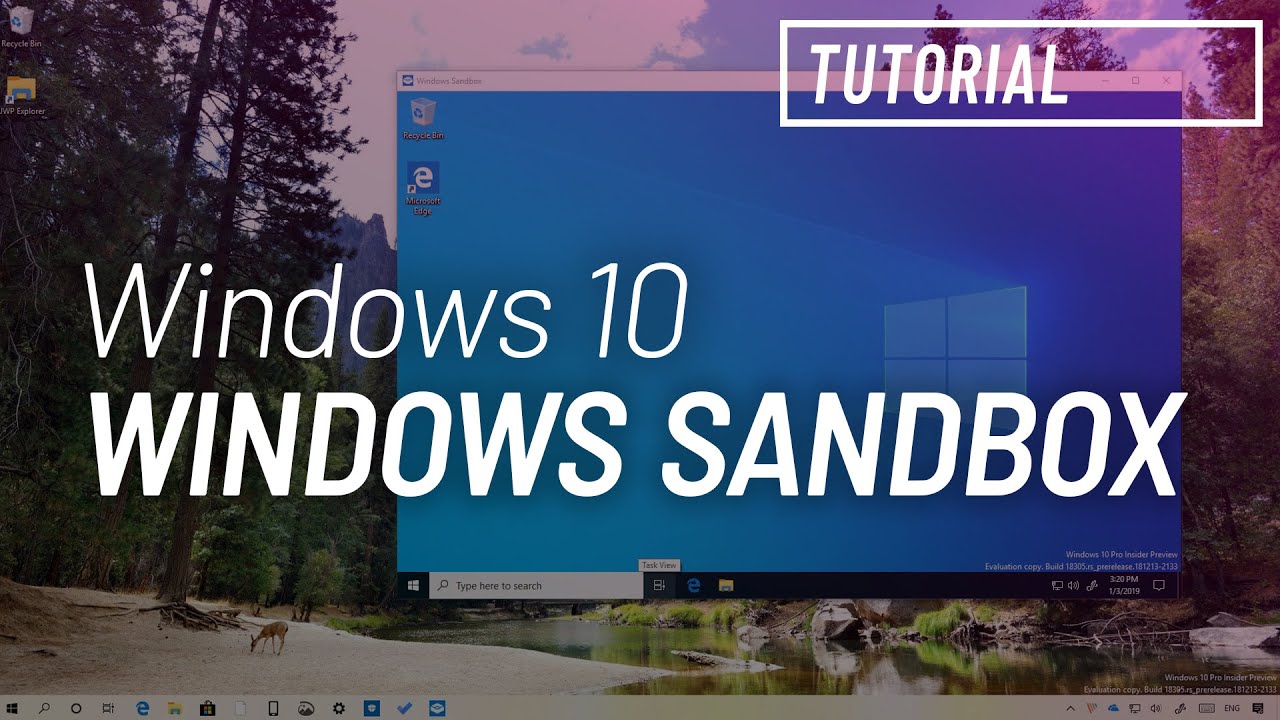 What is Windows Sandbox?

Windows Sandbox is a lightweight virtual machine that expands on the advancements utilized in Windows Containers. As per Microsoft, Windows Sandbox utilizes another innovation called “incorporated scheduler,” which enables the host to choose when the sandbox runs. Furthermore, gives a brief work area condition where Windows administrators can securely test untrusted programming. 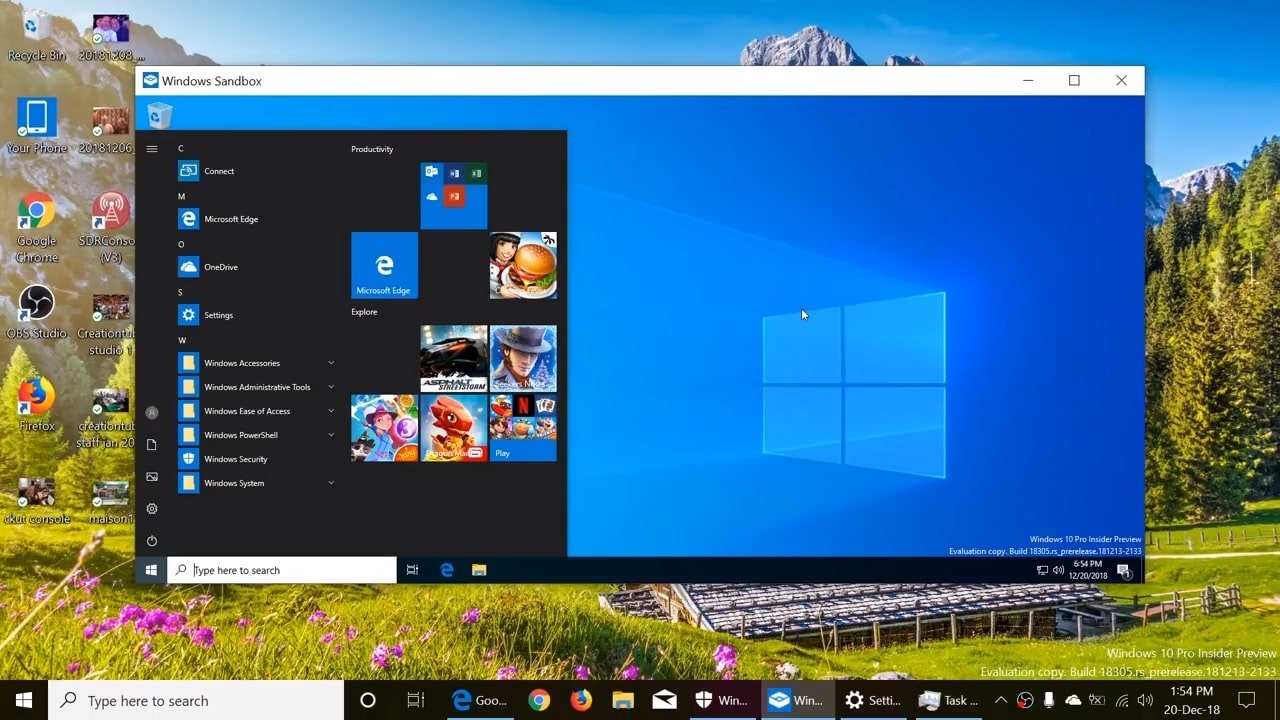 Windows Sandbox has the following properties:

And now with latest builds,

Read How to Service Your Own Computer: 7 Easy Things Computer Repair Places Do

As per Microsoft blog, Windows Sandbox feature only available to users of Windows 10 Pro or Enterprise edition running Build 18303 or later. And in order to use this feature, your system must support the following requirements:

In order to enable and use Windows Sandbox feature make sure that you are running Windows 10 Pro or Enterprise Editions and that too running build 18305 or newer.

ALSO READ   How to create and upload torrent files

Also, you must enable virtualization in the computer’s BIOS Setup 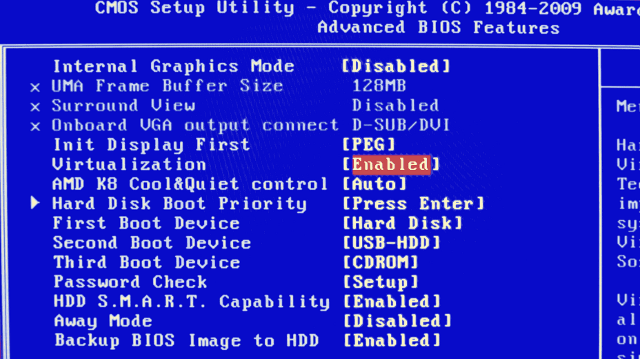 Type Windows Features On Start menu search and click on the Turn Windows features on or off the result. 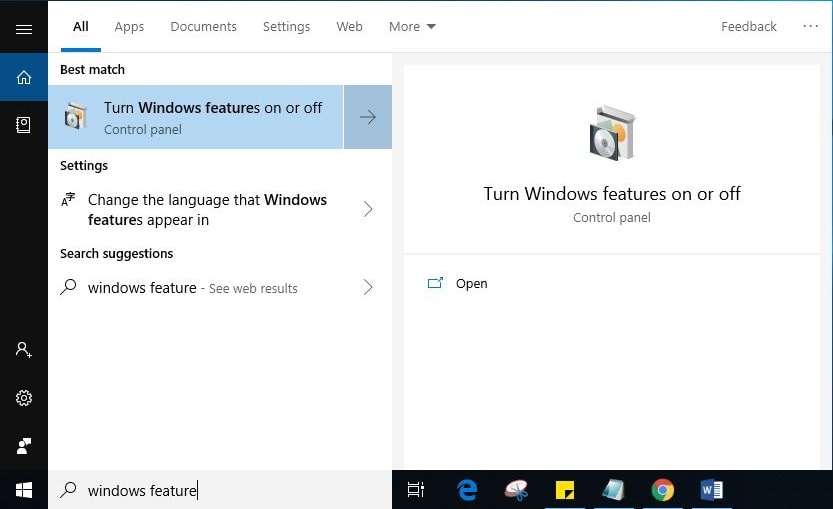 Here on Turn Windows Features on or off box scroll down and check mark option next to Windows Sandbox.

And click to allow windows 10 enable Windows Sandbox feature on your PC.

ALSO READ  How to Block Ads on Android phones 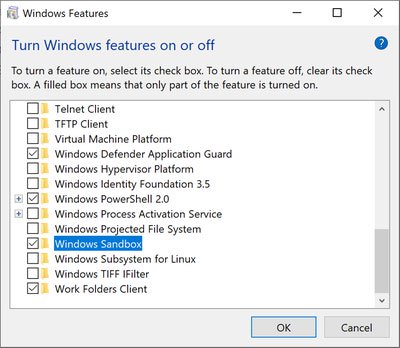 After it has finished installing, click on the Start button and search for Windows Sandbox and click on it when it appears.

how to use windows sandbox on windows 10

Note: As the Sandbox is a fully featured version of Windows, it’s first run will boot Windows as normal.  And to avoid each time booting Windows Sandbox will create a snapshot of the virtual machine’s state after its first boot. This snapshot will then be used for all subsequent launches in order to avoid the boot process and substantially decrease the time it take for the Sandbox to become available.

Simply copy an executable from the host operating system and paste it onto the desktop of Windows Sandbox. Now you can run the untrusted/suspicious program without fear of it affecting your normal Windows install. When you are done with this, simply close the Sandbox, And everything you test there all is erased from your system.

As we have discussed before,

You can use Winver command to check your Windows edition and version details.

If you are having windows 10 pro still Windows sandbox feature is missing?

Check and make sure Virtualization enabled in BIOS, If hardware virtualization isn’t enabled, check your motherboard manufacturer to find the instructions on how to enable the feature.

Share your experience about Windows Sandbox feature on comments below.