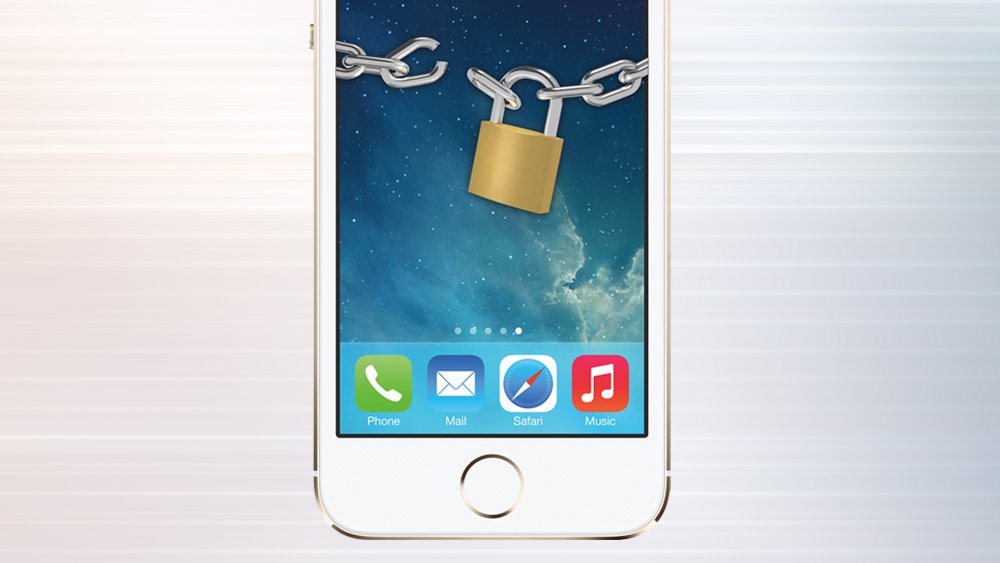 Jailbreaking is an essential part of the iOS experience for many. For others, it’s unknown and dangerous. Thankfully, for those new to jailbreaking, there are a multitude of ways to do it. Using tools such as Yalu102 and zJailbreak, jailbreaking is not only faster than ever but also easier. Whether you’re a hardened veteran of jailbreaking, or this is your first time trying it, this guide will help you jailbreak your iPhone , iPod Touch, or iPad.

First and foremost, let’s take a moment to remember this guide is not a guarantee that you will successfully jailbreak your iPhone, iPod, or iPad. When dealing with something like a jailbreak, there is always a small chance something could go wrong with your phone, and we cannot be responsible for this. But, jailbreaking, especially with Pangu, is extremely easy and you should be perfectly fine.

To jailbreak your iPhone means you are freeing it from the limitations imposed by Apple. Freeing a device means that it can install applications from outside Apple’s iTunes App Store and you can fiddle with previously restricted aspects of an iOS device. Jailbreaking can also help you unlock your iPhone to make it available on other carriers.

Some of the unofficial apps that you’ll gain access to after jailbreaking are pretty tempting, and may offer features you’d never otherwise be able to access, but be weary; jailbreaking your iPhone and installing tweaks and apps from disreputable sources may lead to hackers being able to access your iPhone. We recommend only using reputable sources, such as those pre-loaded in Cydia, and staying away from any pirated repositories – it may be tempting to download tweaks for free, but you might be handing over access to all your personal information at the same time!

Apple itself offers advice on the subject of jailbreaking (although you may feel that the company is biased in this respect since it wants to continue getting its cut of the revenue from official app sales). In this tech note, Apple suggests that jailbreaking your iOS device may lead to security vulnerabilities, instability, shortened battery life, unreliability, disruption of services and inability to apply future software updates. It may result in Apple denying service for your device.

Nonetheless, many Apple fans have been jailbreaking iOS devices for years without encountering these issues. But once they’ve jailbroken such a device, they understand that they should expect no help from Apple if it causes them trouble in the future. With choice comes responsibility.

What’s the difference between a tethered and untethered jailbreak? Tethered jailbreaks require you to attach your iOS device to your computer and run an application to jailbreak it. If you later power off the device and then restart it, the jailbreak is wiped out, and you have to repeat the entire process. It also means your iOS device is completely useless until you do so, which isn’t convenient.

ALSO READ  How to fix a broken Galaxy Note 9 screen

These kinds of jailbreak were the first to be developed. But what prospective jailbreakers wanted was an untethered method, where the hack would remain in effect even after the device was switched off and on again. This is called an untethered jailbreak, which is what is available for those looking to jailbreak iOS 10.

A third option, semi-tethered, means that you’ll have to re-run the jailbreak process after restarting your iOS device or after a certain amount of time passes. It’s a good compromise as the jailbreak can be run directly from the device rather than requiring a PC or Mac, but can still be a frustrating experience.

For this next step, you don’t need a computer at all — just the iOS device you want jailbroken. Just to be safe, reboot your device.

Now the app is installed, you can use it to install other jailbreak apps, or install another marketplace for even more.

If you’ve been waiting for an iOS 11 jailbreak, we’ve got good news – it’s possible.

Several security firms have confirmed the ability to jailbreak multiple versions of iOS 11. The bad news is that, due to their nature as security companies, they won’t be cashing in on the exploit to create a public jailbreak. Instead, they’ll offer the information to Apple in order to be patched in an upcoming update.

But while our hopes were shattered by the earlier news, that may be changing soon. Hacker and security researcher Min Zheng confirmed that he has hacked iOS 11.3, but later clarified that it wasn’t a jailbreak specifically because he “didn’t remount the rootfs to R/W and install Cydia” and that Apple has “added a new mitigation on iOS 11.3 in APFS KEXT” that’ll need to be bypassed before a true 11.3 jailbreak is possible.

So while an 11.3 jailbreak may be a little while away, those running iOS 11.2 – 11.2.6 may gain access to an untethered jailbreak sooner rather than later. Coolstar, famed with creating the Electra Jailbreak, has suggested that a kernel exploit found in iOS 11.2 – 11.2.6 could be used to create a jailbreak and install Cydia on iPhone and iPad (though no confirmation on whether the iPhone X will be supported). He’s so confident that he is warning those looking to jailbreak to stay away from iOS 11.3, 11.3.1 and the iOS 11.4 beta.

So, while you may not be able to jailbreak iOS 11.2 – 11.2.6 just yet, it’s definitely possible. We just need to wait and hope that Coolstar can put something together for public release. If you do intend on jailbreaking your iPhone, we’d recommend staying on iOS 11.2 – 11.2.6 as it’s at least proven to be possible to jailbreak, even if nothing is available just yet.

Carry on reading to find out how to jailbreak an iOS device running iOS 10.2.

How to jailbreak an iPhone or iPad running iOS 10.2

So, if you want to jailbreak your iPhone or iPad running iOS 10.2, you’ll have to use the recently released Yalu jailbreak, however, it’s not all smooth sailing. Unlike with other jailbreaks, the developer has flagged the Yalu jailbreak as being an alpha build, meaning there might be issues on your device. Proceed if you desire, or you can hold off for now and wait for a more stable build to be released in the coming weeks.

For those with an iPhone 6s, 6s Plus, iPad Pro or iPhone SE, follow these instructions to jailbreak your iOS device running iOS 10.2.

ALSO READ  How to Jailbreak iOS 12.4 on iPhone or iPad Using unc0ver Jailbreak

1) The first step is to download the tools required – you can download the Yalu Jailbreak IPA for iOS 10.2 from here (named yalu102_alpha.ipa at the time of writing), and you can grab the appropriate version of Cydia Impactor (Mac, Windows, Linux) from here.

2) Unzip the Cydia Impactor file you downloaded above, and run it.

3) Once Cydia Impactor is running, connect the iOS device you want to jailbreak to your Mac/PC using the supplied Lightning cable. It should be automatically recognised by the app.

4) Once your iOS device is connected, drag yalu102_alpha.ipa (the Yalu jailbreak IPA) into the Cydia Impactor app, click the ‘Start’ button and click ‘OK’ when an Apple Developer Warning appears.

5) The next step is to ‘sign’ the app using an Apple ID – the developers assure users that the information is used only for signing the app and nothing more, but those who want to be more secure can opt for a secondary Apple ID. Anyway, input your Apple ID email address, click ‘OK’, then input your Apple ID password and click ‘OK’.

6) Cydia Impactor should then automatically prepare everything based on your input, and sign the IPA file. If all goes well, the Yalu app should then be installed on your iOS device.

7) On your iOS device, open the Settings menu and head to General > Profiles & Device Management. Tap the profile named as the Apple ID you signed in using the Cydia Impactor app and make sure you establish it as a trusted developer by tapping Trust.

ALSO READ  How to delete apps on iPhone and iPad

8) Open the newly installed Yalu app (labelled yalu102) on your iOS device and press the Go button to initiate the jailbreak.

9) Wait while the jailbreak payload is injected into the device – this may take some time, and it’s important that you don’t touch your iOS device during this process. The screen will go white, then will reboot once the jailbreak has been completed.

10) Once the device has restarted, you should see Cydia appear on your Home screen – open the app and begin installing your favourite jailbreak apps and tweaks.

As the jailbreak is only semi-tethered at the time of writing, you’ll have to re-run the Yalu app every time you restart your device to re-jailbreak it. If a fully untethered jailbreak is released in future, we’ll update this section so make sure you keep checking back soon.

Read on to find out how to secure a jailbroken iOS device.

So, you’ve jailbroken your iOS device – congratulations! Enjoy experimenting with the various tweaks and apps available via the Cydia repository. However, before you get too carried away, we advise you to take the following steps to secure your device. All iPhones have a ‘root’ superuser installed by default, which has access to everything on the phone – and, importantly, the password is the same across all iOS devices.

If a hacker manages to access your iPhone, all they need to do is input the default password (alpine for those wondering) to access pretty much anything on your device. Changing the default password for the root superuser should greatly increase the overall security of your iOS device, and here’s how to do it.

The first step is to open Cydia and download the MobileTerminal application – don’t worry, it’s free and will give you command-line access to your iPhone. Once you’ve installed the app, open it up and follow these steps:

ALSO READ  How to Fix No Sound in Windows 10

There’s also a mobile user that also has access to your data and has the same default password of alpine. Follow steps 2-6 to change mobile’s password and you should be protected from any potential hacks.