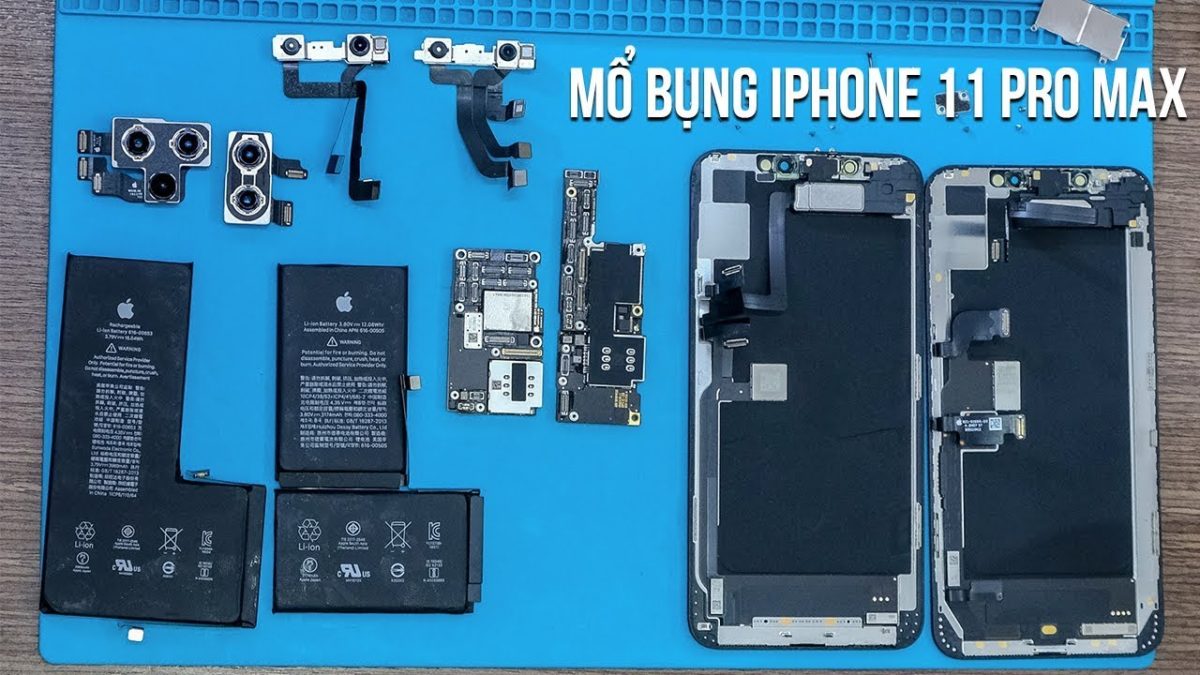 The iPhone 11 and iPhone 11 Pro are yet to go on sale but the handsets have already gone through teardown process revealing their internals.

The iPhone 11 Pro Max teardown comes from a Vietnamese YouTuber which confirms that it comes with a single L-shaped battery with a capacity of 3969mAh.

Apple has also published a production information sheet (Via MacRumors) which confirms that the entire iPhone 11 series comes with a single L-shaped battery.

Apple used multi-cell L-shaped batteries with rounded corners inside the iPhone XS Max and iPhone XR, while the smaller iPhone XS made use of a single-cell battery.

A TENAA listing has already confirmed the battery capacities and the amount of RAM inside the iPhone 11 and the iPhone 11 Pro series.

The teardown also shows that the new iPhones feature a more compact rectangular motherboard which has freed up internal space thereby allowing Apple to use bigger batteries inside them.

The teardown is not as detailed as the ones from iFixit which should go live later this week once the new iPhones hit the retail stores.

When computer processors become too hot, they might be damaged or crash (e.g., in a stress test). By monitoring the CPU Temperature Monitor on...
Read more
Software

Google Picasa was One of the greatest and most famous photo editing applications as Google Picasa. The software allows you to edit photos as...
Read more
Tech

CQATest App Everything You Want To Know

Any product's quality is highly crucial. It determines whether a thing meets its intended function or is fit for use. It is critical to...
Read more

Discord is a voice-over-IP chat program that allows friends to communicate in real-time via text, image sharing, and audio.
ALSO READ  The Best T-Mobile Plans for you (2020)
It...
Read more