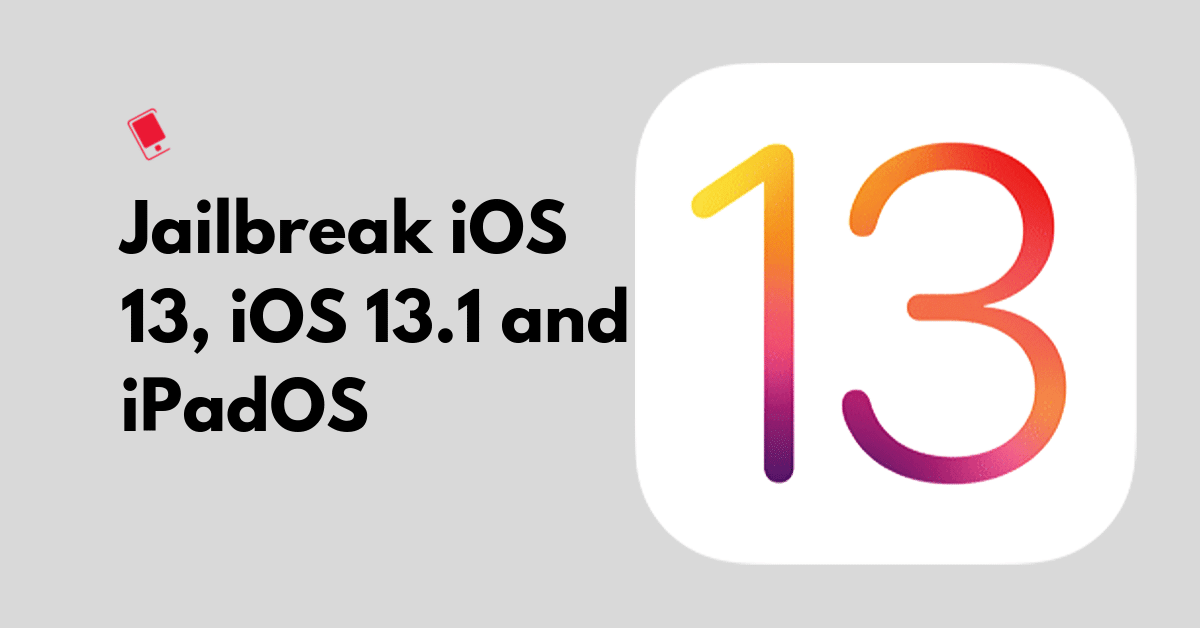 Apple released iOS 13 and iOS 13.1 for iPhone and iPod touch, and iPadOS for the iPads with hundreds of new features and improvements such as Dark Mode, new Reminders app, new photo and video editor, performance improvements and lots more.

You can currently jailbreak your iPhone, iPad or iPod touch if you’re on iOS 12.4 or lower using Chimera and unc0ver jailbreak tools. It does not work with iOS 12.4.1 as Apple has patched the vulnerabilities used by the jailbreak tools in iOS 12.4.

Apple has been making it difficult to jailbreak iPhones and iPads.

In the case of iOS 11, the first iOS 11 jailbreak, to.panda was released on December 23, 2017 by Abraham Masri. On December 26, 2017, developer Jonathan Levin released LiberiOS, a developer-only jailbreak based on the async_wake exploit by Ian Beer for iOS 11.0 to iOS 11.1.2, but it did not include Cydia. Well-known hacker and developer Coolstar finally released Electra jailbreak for iOS 11.0 – iOS 11.1.2.

ALSO READ  Best Fitbit 2019: which is right for you?
ALSO READ  The current active partition is compressed on Windows 10, 8.1 and 7

Finally, in the case of iOS 12, the first iOS 12 jailbreak was released in February 2019. Former Electra team member and developer Pwn20wnd (known on Twitter as @Pwn20wnd) released the unc0ver jailbreak for iOS devices on 12.0–12.1.2.

Can I jailbreak iOS 13, iOS 13.1 or iPadOS? There is currently no tool available to jailbreak them.

The good news is that jailbreak developers have already been able to jailbreak iOS 13. Developer @iBSparkes has teased Cydia running on a jailbroken build of iOS 13 beta 1 on his iPhone 8.

Luca Todesco, a renowned developer in the jailbreaking scenes and developer of the Yalu Jailbreak took to Twitter to tease a tfp0 exploit for iOS 13 beta 2. A tfp0 exploit is a kernel task port which forms the base of an iOS jailbreak as it allows developers to write to the kernel memory.

Fake news is not just affecting elections, the jailbreak community is also being targeted with fake jailbreaks. We are already seeing articles and YouTube videos which claim to jailbreak iOS 13. Any site claiming to have an iOS 13 jailbreak is a scam, so stay clear from such scam sites. We recently warned users about a fake iOS 13 jailbreak tool. Stay away from such tools as they can also potentially install malware on your iOS device. If iOS 13, iOS 13.1 and iPadOS jailbreak tool is released, it will be available for free, and we’ll be the first to report it and share the jailbreak link.

Don’t forget to signup for our Daily Newsletter so you don’t miss the latest iOS 13 jailbreak news.

Have you upgraded to iOS 13? Or are you eagerly waiting for iOS 13 jailbreak to be released to upgrade to it? What is the main reason to jailbreak your iPhone, iPad or iPod Touch on iOS 13? Let us know in the comments below.