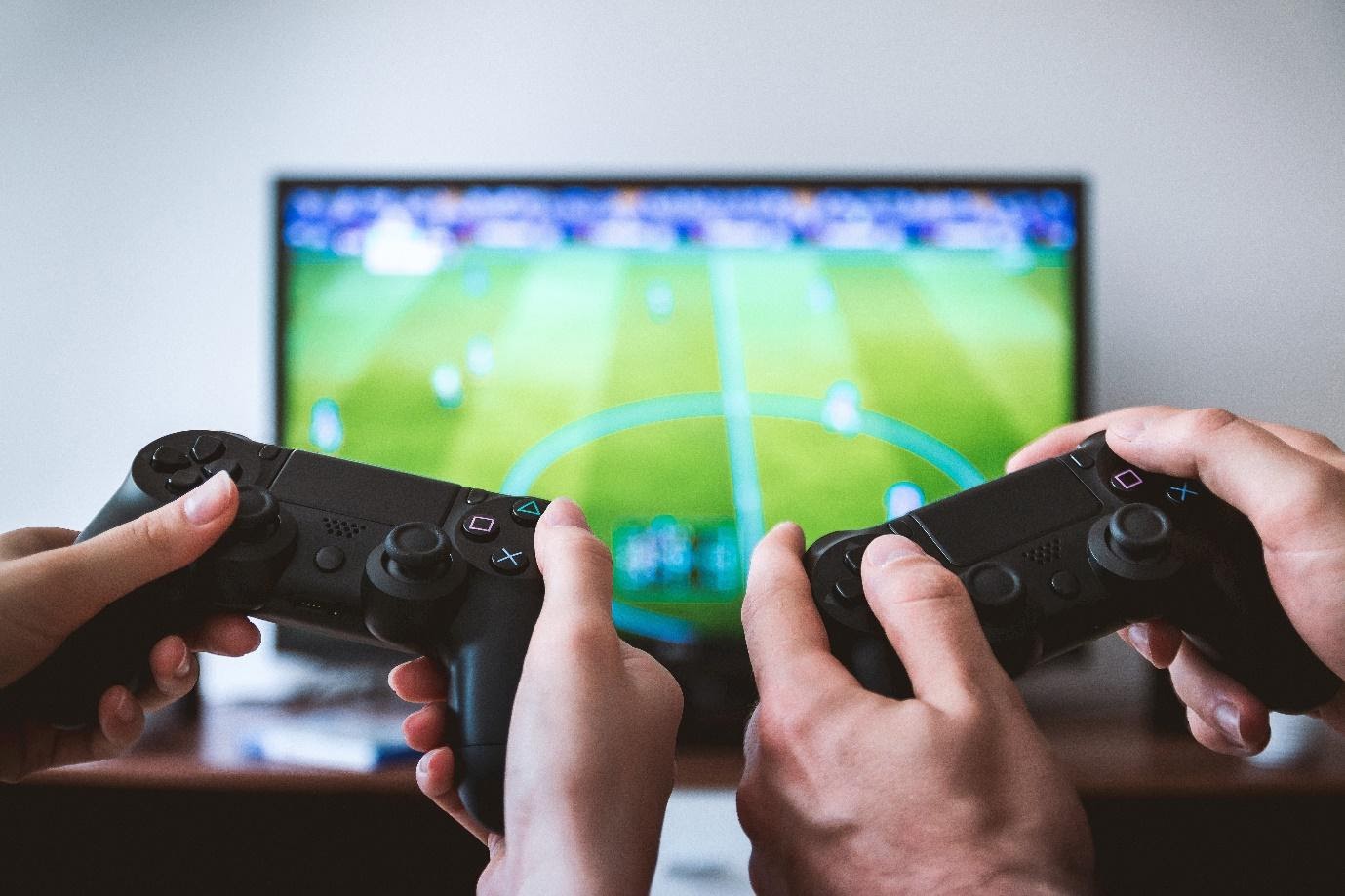 Granted, we all have some hobbies that we enjoy when we are free. Some people enjoy gardening, and some do yoga while some read books. However, video gaming is now picking up a lot of heat for the past few years. Its an obsession among the people, which is on the loose, which can be identified without any struggle. In reality, video games are the modern culture shared among not only kids but also teenagers and adults. It is a good thing to enjoy them as a different means of entertainment. But the thing that worries most is that some people’s obsession with video games is exceeding the limit.

Many parents give the privilege to their children to enjoy gaming for as long as they want. In the meantime, they also expect responsibilities like studying or doing chores after when they are done with gaming. Games are designed for addiction and replayability makes the children stick to the screens. The technological advancements have paved the way for innovations that refreshes the gaming experience. With each advancement, a new gadget or gaming technology is launched, which pushes the immersive experience even further. Whether it is the launch of a new console or different gaming items like a gaming keyboard, mobiles or mouse, the gaming media manages it all. With that said, let’s discuss ten signs that you are obsessed with games.

If you are living life separately, sitting in the room and stuck to screen playing games, then you are obsessed with games. It is video games that promote isolation from friends and family. Moreover, the introverts are the second to none peas in the pod and also adapt the gaming in their timeline. Video game obsession leads to remoteness from social life and internet addiction. They are mostly connected to the internet and only talk from these resources.

Sitting in the basement all day, with zero socialization is not a good thing. As said earlier, gaming is a good thing to enjoy on your side, while they are also developed to be replayed. The fast internet connection, on the other side, is also the reason for pushing the boundaries of gaming experience. This internet connection reduces the distance, no matter where your friends reside and promote to hop right in the virtual life.

Gaming in the heads

Gaming obsession leads to thinking about the games all the time. The gaming obsession becomes so severe no matter how much time they spend on screens, and it haunts their minds. Many children, along with teenagers, sit tirelessly to play games, while it becomes difficult to get up. Games developers design the games for the means of exploration that becomes so vast and acts for dopamine. And this explains why people are becoming more and more obsessed with games. It becomes a complex reality until you realized that your life is limited to the games. The gamers mind becomes adapted to the game’s virtual environment and impossible to get rid of the oppressive blankets.

Not only the environment but the soundtrack, achievements and the content rewards also grasp the gamer’s minds. Developers add little pieces of conspiracies or easter eggs to explore, while the soundtracks make it even more complex and get attached to your mind.

Highly obsessed gamers are also seen to be submerged with games rather than any other activities. Their studies, jobs or even the family are ignored for the sake of the games. Their minds are distracted with the previously played games, which becomes the reason for failing the studies as well as the jobs for adults. This activity has become the norm in society, and it is impossible to reduce its effects easily. The video games’ obsession leads to a lack of control over things like studies and jobs. It is a clever design that always makes you wonder how to complete the specific level in the game.

Many parents struggle to give the sources of enjoyment, while it directly antithesis with their expectations and make them draw towards games. They are spending too much energy on the game exhaust you to do the rest of the work. Gamers mostly explain it as just entertainment, while the obsession brew more behavioral problems.

Many gamers have the concerns of losing their interests from studies or work and adapts themselves to the games. Not only the work, some even destroy their previous hobbies and opt for gaming instead. The one reason for that case is the gaming obsession, which withdraws the attention as well as the interests of the work. Gamers hardly get much time for their workout or exercise and increase health problems.

The gaming reward system triggers the brain’s rewarding dopamine. This case provides a quick boost of good feeling rather than anything else. That is another reason why some people lose interest in other activities.

Guilty when losing the game

Another major sign of an obsession with games is feeling guilty after losing the game. Many gamers feel blameworthy and rage over the things that aren’t even real. When you play a game, your primary goal is to achieve the win. While losing a match makes you sad and guilty of your capabilities. The guilty further leads to obsession and playing the games continuously becomes the final choice. The gaming perspective of failure is another reason gamers have to go through a painful period.

The first fact of the failure is the setbacks that put them to replay the whole game after each failure. Not just that, modern online games now punish the players for losing the match. These facts come down to the one sign of the people to grief over their obsession with video games.

Hours of video gamings also affect physical performance like a disturbance in the eating schedules. Many gamers tend to stay hungry during online games sessions to avoid losing achievement progress. This practice increases the risk of bad health and destroys their meal schedules.

On the other side, the isolation from the dinner table also promotes the junk foods that adjust to the computer tables. A study explains that video gaming increases your meal consumption while you continue to party with your friends online. Teenagers feast 80 times more calories than a regular cheap without gaming habits.

The obsessive gamers are usually aggressive in real life. It is the fact that gaming gives continuous doses of the dopamine, and the rest of the habits will start to feel underwhelming. Moreover, some people also bully and rage online after losing the match. Parents don’t feel guilty for saying yes to their kids, but the limit is what keeps things under the order. The gaming submerges the minds with enjoyment and deep thoughts which makes it complex to withdraw from it.

It’s not the fact that gaming promotes violence among children. But the severe obsessiveness affects the children’s behavior towards the real-world audience and video games never give children the authority to produce violence. There are also many examples of how video games shaped talented individuals.

Apart from depression and solace, grinding is another sign that you are obsessed with games. Grinding has become a common practice to receive more and immediate rewards from the game. Whether it is the skill grinding or the achievement grinding always entails severe health and psychological disadvantages.

However, the fact that grinding has become so common is not the direct blame to gamers. It is the billionaire game market that is always producing games that are nurtured for replayability and grinding purposes. Developers intact the games for the grinding and gives better and more opportunities to those who do it. Multiplayer games promote grinding for level up or extending the weapon arsenal.

Sleep deprivation is a familiar problem in gamers, which is quite dangerous too. Gaming obsession broadens your interests around the game and encourages you to explore it. Many gamers delays or even avoid their sleep just for the sake of enjoying their game. Avid gamers forget about the severe consequences and proceed with gaming habits without any rest.

The one reason is that video games are developed with highly flashing compounds that impact your sleep. Moreover, online games also involve socialization with other gamers, which requires continuous communication and messages to progress in-game. Even with all these facts, it is still difficult to make sure what are the main reasons that gaming affects sleep. But the thing that satisfies the most is the melatonin hormone which produces sleeps in the human body. Meanwhile, the bright screens contract the hormone, which later results in sleep deprivation.

Last but not least is your reaction to withdrawal from gaming. The truly obsessed people feel it shortens on their termination from gaming. While some people even surprise to know that withdraw is possible. The behavior of the withdraw from gaming includes depression, anxiety, loneliness and also anger. Meanwhile, these behaviors are pretty much complex to handle, but it is ever impossible. Withdrawal also leads to the behavior of restlessness, where adjusting to any other activity rather than gaming, becomes too difficult.

In the end, gaming on one side has several benefits and encourages leadership and critical thinking roles. While on the other side, the severe obsession has proved many downsides for health as well as psychology. Those who love playing games cannot shut it off at once. Everyone adapts different habits to ensure streamlining in their life. So don’t stop right away but always remember to give time to family and friends too.

There are millions of fans worldwide of all types of animation art, also referred to as Anime.
ALSO READ  Remote Tools to Boost Productivity When Your Team's Working From Home
The fact is...
Read more