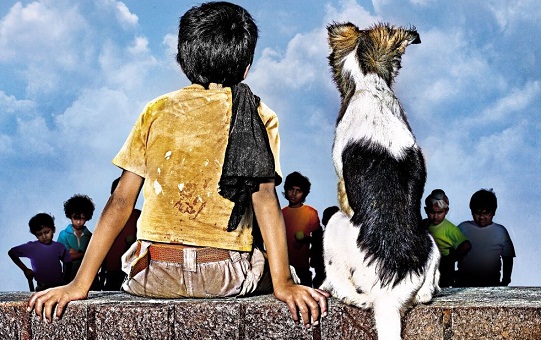 Do you have a deep rooted love for animals? Do you think that you feel really elevated and excited when a movie has an animal in it? Well, then Bollywood has abundance to cater you. You can easily get the variety of amazing movies that are animal oriented and can make you feel great.

There are many movies out there in Hindi film industry that have animals as key characters. You would love them once you watch them. After all, these movies have all the fun and excitement stored for you. Come on, there is no need to waste any time when you can simply get a quick peep into some of the best of all animal oriented movies of Bollywood below:

This is a Rajesh Khanna film and it tells the story of an orphaned zookeeper who has been forced to choose between his family and beloved pet elephant.  Co-starring Tanuja, the Bollywood movie made Rs4 crore in box office collections at that time. The way Elephant has been projected in the movie is really heart touching and emotional. Anyone who watches this movie can feel deeply emotional and may shed some tears of feelings too.

It is another amazing movie that has a deep connection with animals. The Jackie Shroff movie was the story of a brave dog. The dog avenges his master’s grisly death. Directed by Vijay Reddy, the movie was the remake of Kannada film ThaliyaBhagya. The movie really touches the hearts of the audience. You can feel the pain, agony and love; everything in this movie. The dog would give you some good and emotional moments. If you have never watched this movie goes ahead and do it now.

SoorajBarjatya’s directorial debut had a main role for its pigeon that worked as a messenger between the two leads. It also helped overpower the antagonist in the climax. The movie made Rs15 crore at the box office. Indeed, the way pigeon has been depicted in the movie is really interesting and evoking. You can feel the amazing direction and overall acting of every character.

It is one of the blockbuster comedies ofGovinda. It had an important role for its lead monkey character. The David Dhawan-directed movie actually crossed Rs11 crore at the box office. The movie has really amazing scenes and fun filled areas too. You would laugh out your heart for sure. The role of monkey has nailed it for sure. No matter you are a kid or an adult or old person, you would find yourself laughing during this movie.

Now this is a movie that you might have watched for sure. As with various Rajshri Films productions, SoorajBarjatya’s family drama had a main role for it’s the dog they have. The dog ultimately plays a role in bringing the lead pair together. The Salman Khan and Madhuri Dixit   starrer netted nearly Rs60 crore at that time of release and has turned out to be as one of the most successful Indian movies ever.

ALSO READ  iPhone 11 and iPhone 11 Pro: How to Hard Reset
ALSO READ  How to Open Multiple Apps in Slide Over on iPad
Facebook
Twitter
Pinterest
WhatsApp
ReddIt
Previous articleSave Hard Disk Storage by Finding and Removing Duplicate Music Files
Next articleRingtones & Wallpapers Which are the best applications for you

Introduction
ALSO READ  TikTok under investigation over children's privacy
AppValley is a third party installer that has been one of the best in a long while. It has...
Read more