Biometrics: Eliminating the Need for Passwords 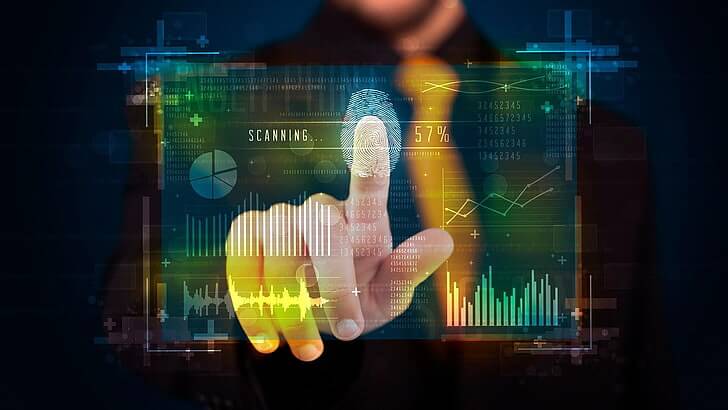 We’ve all found ourselves in situations where we’ve struggled to recall our personal identification numbers (PINs), usernames, or passwords when accessing our phones, email accounts, social media pages, Netflix, web banking services, or just about any online account.

Every account you open online comes with new login credentials to remember. A study done by Dashlane found that the average internet user has over 80 online accounts. The study also found that some people tend to use the same password for everything, which is not exactly the most secure way of handling our digital identities.

Managing several digital identities by remembering each unique password and username is not something our brains have been programmed to do. Many viable solutions have been proposed but none carries the most potential than the use of biometrics.

Biometric verification is gradually becoming a common feature in many public, corporate, and finance security systems. Biometric technology has the potential to make identity authentication much easier, faster, and more secure as compared to traditional passwords.

Below is a detailed analysis of why passwords are not secure, what biometric technology involves, where it is used as well as the potential benefits and shortcomings of the technology.

Passwords Are Not Full-Proof

There are a myriad of reasons why passwords are not as invulnerable as people might believe they are. Here are a few:

1. Passwords Can Be Guessed

People tend to come up with passwords they can easily remember such as their business name, date of birth, or the name of someone they hold dear like their spouse, parent, or child, and so on. The problem is if they use a password that they can easily be identified with, then the password can easily be guessed by an intruder who has a bit of information about them.

2. Passwords Can Be Forgotten

Some websites ask their users to come up with a complex combination of letter and number sequences that the users will forget almost as fast as they created them. As a way of remembering the password when needed, some users will jot down their passwords which makes it even easier for someone to find their password.

3. Passwords Can Be Hacked

Perhaps the most significant con of using passwords is that they are insecure. Although companies are establishing certain measures such as allowing users to come up with cryptic passwords, they can be bypassed through a password reset feature.

Hackers nowadays also use modern systems to crack passwords. While it would have taken the fastest computer a year to crack a password of 8 characters, there are modern technologies today that can hack the same password in a matter of minutes or hours thus rendering the use of passwords inefficient.

With Biometrics, Your Body Is Your Proof of Identity

Biometric is a technical term from the words ‘bio’ which means life and ‘metric’ which refers to measurement. Simply put, biometrics are physical or behavioral traits that can be used as proof of identity for a person looking to gain access to data, a system, or devices.

Biometric identifiers are unique to each person and can be used together for maximum security. Biometric technology is used today to provide authorized people with access to certain restricted areas in an office complex.

A survey conducted by Ping Identity reported that 92% of companies considered biometric authentication as highly effective to secure data stored on business premises or on the cloud. Computers and cellphones nowadays also come with fingerprint sensors that grant access to approved users only.

This technology captures the unique patterns of a person’s face. It measures and analyzes face contours to authenticate identity and unlock devices or grant access to restricted spaces.

Fingerprint scanners record the unique patterns and ridges found on the finger. Each person has unique fingerprints. A lot of laptops and smartphones apply this technology to give the owner or authorized users access.

This technology captures and measures the length, width, thickness, and surface area of a person’s hand.

Iris recognition technology works by identifying the unique patterns of a person’s iris. This technology is not widely available to the mass market despite it being used immensely for high-security purposes.

How Do Biometric Systems Work?

If you’ve ever put your fingerprint on a device such as a laptop or a smartphone, then you have a slight idea of how biometric technology functions. Biometric systems require certain components to function optimally. They include:

A biometric system uses a scanning device to capture your biometric information. It then stores it in the database for later access and comparison for when you need to gain access.

Over the past decade or so, people have gradually become more aware and accepting of biometric systems. Again, they are highly convenient in cases where authentication or proof of identity is a requirement. Here is a brief list of agencies and organizations that use biometric technologies:

The United States military has been collecting fingerprints, faces, and DNA data since January 2009 through the Defense Forensics and Biometrics Agency (DFBA).

Law enforcement agencies use biometrics such as mugshots and fingerprints to identify criminals in a crowd in real-time or after a crime has been committed.

Biometric technology has numerous potential benefits due to its sustainability and capacity in ensuring security.

One of the benefits is its capability to reduce the odds of any fraudulent activity because physical traits such as voice or face contours are not likely to get stolen or duplicated. While passwords and PIN codes may be stolen, hacked, or forgotten, biometric identifiers such as fingerprints, voices, and faces cannot be hacked.

Biometric technology is also very accurate in providing proof of identity because it records and measures the physical and behavioral traits of a person. Different buildings, for example, use fingerprint technology for premises security.

Biometric technology is a good example of the quote, ‘with great power comes great responsibility’. As much as it is used to bring significant positive changes to our lives, the technology is not without its pitfalls. For one, it could prove a bit too complex for some users. Someone who’s not tech-savvy might find it hard interacting with the system.

Biometrics may not be the most ideal system to adopt in a case where the number of people who require constant proof of identity are few and can be better managed manually. To develop and maintain a biometric system, companies need to hire skilled and experienced programmers who do not come cheap.

Another challenge is that biometric technology might be inaccessible to people with certain physical disabilities. For instance, if someone has lost or damaged body parts such as their fingers and eyes, they would not be able to use a biometric system involving the use of fingerprints or iris recognition.

In this era of COVID-19, hygiene presents another issue. Some biometric systems are contact-based such as fingerprint scanners. Instances where many people use the system numerous times in a day present a hygiene concern as people will be sharing germs and likely coronavirus-causing pathogens through the reading device.

If the use of passwords will eventually die remains to be seen. Its demise has been predicted before by experts in the IT industry. The objective truth, however, is that in the next few years, the problem of not remembering our passwords will become an issue of the past.

With cases of hacking, data breaches, and unauthorized access of user identification information on the rise, calls for stronger and more secure identity protection using biometrics are growing louder.

However, companies adopting biometric authentication should be careful about their approach so that they don’t infringe on employee and customer privacy, compromise sensitive information, or expose their physical well-being to harm. While it’s easy to issue a new password, the same can’t be said about a new eyeball.

To watch cartoons online for free, you'll need to know-how. Then you are precisely where you are intended to...
Read more
ALSO READ  Scope of SEO as a Career Choice