Home Business Everything You have to Know About Augmented Reality eCommerce

Everything You have to Know About Augmented Reality eCommerce 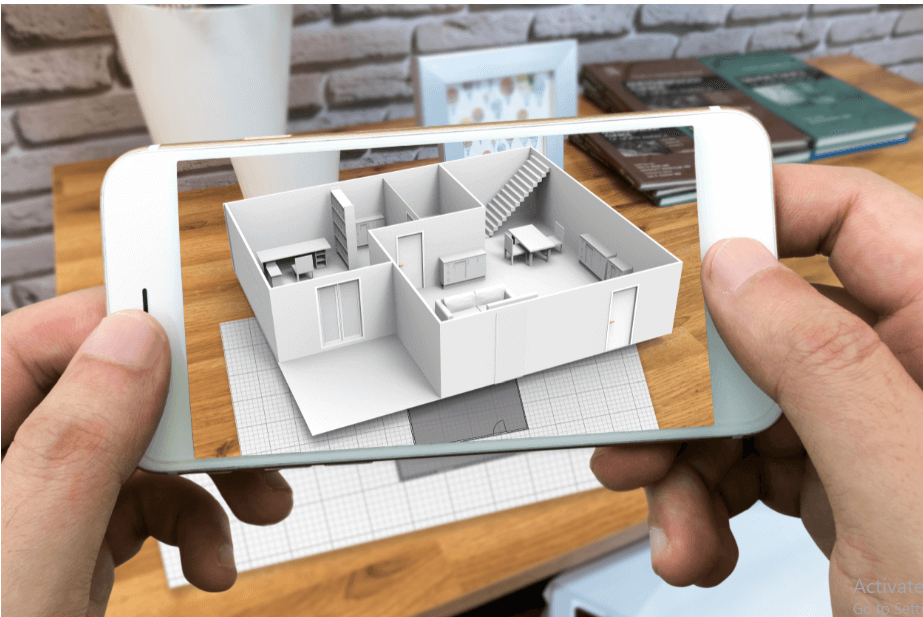 Augmented reality technology is the science of fiction and ideas that turned true. The basic idea behind augmented reality is to add something extra to your experience of reality. For example, if you are watching a movie or playing a game, AR will add an experience in some way or form to turn the experience immersive and interactive for viewers.

In today’s world, we have managed to achieve this by overlaying digital information into a real-world environment through a headset or a smartphone, whatever you want. AR experience also includes other sensory modalities, just like sound and touch. This will help you to achieved by accessories that go with the AR headsets to create an enriched sensory environment.

As you know, the meaning of AR, let’s know about how augmented reality works.

How does Augmented Reality work?

The main idea of mixing the real and virtual worlds sounds futuristic and exciting at the same time. To achieve such a feat, AR will need the help of a few components. It will include a camera, sensors, computer vision, and a display as well.

Cameras and sensors will gather information about the environment where the AR content needs to be overlayed. A computer vision system interprets all the information. It helps you to know how to integrate the virtual objects in the real-world environment. As display finally streams the AR content for the user.

These components are also available in today’s smartphones. But, for superior and more realistic AR experiences, self-contained AR headsets are used that works on the same principle.

Many people thought that Augmented Reality is a technology of the 2000s. At the start of 1968, Ivan Sutherland first created a head-mounted display that he probably called Sword of Damocles. Sutherland was also known as the father of computer of graphics.

In his given essay, The Ultimate Display, Sutherland wrote about how this headset helps people see the unseen thanks to technology’s help. Many people considered that his inventions are the first VR headset. It paved all way for future technologies to follow.

The term Augmented Reality first coined in 1990 by a Boeing researcher, Tom Caudell. He first created a method where the head-mounted display can be used to display airplane wiring. This technique eliminates the need for large plywood wiring schematics that needed reconfiguring through every step.

Tom’s application is one of the first well-known uses of AR in an industrial setting. AR applications have spanned across diverse industries, such as education, medicine, communications, and entertainment.

CGTrader is a complete end-to-end solution for all retailers who want to adopt Augmented Reality. All you need to start with, are a few product images and dimensions and CGTrader will take care of everything else, you need not worry about it.

The concept of AR was existent back from the 1990s. It did not gain attention until 2016. It was all thanks to the ever-popular Pokemon Go mobile game. The interactive game provides players with immersive gaming experience and attracts millions into trying out AR.

Pokémon Go broke all the Guinness world record for its highest-ever revenue for a mobile game in its first month.

This game’s popularity gave a significant boost to AR. All application developers were quick to pick up this trend, building AR-enabled applications with different use cases.

Nowadays, there are over 2,000 AR apps available on both iOS and Play Store as well. There are so many apps, such as Google’s own AR Measure App, that will take you with your mobile phone’s camera.

Augmented Reality categorized into two kinds: each has its benefits and limitations:

As from the name suggests, Marker-based AR uses a visual marker, usually in the form of a 2D QR code, to trigger the augmented reality experience. This is only possible through marker-based applications that use the camera on the device to recognize the code and produce AR effects on top of it.

Once the application recognizes the marker, then the device can be moved slightly without distorting the AR object. The main problem with marker-based AR is that it is almost exclusive to mobile devices. Users download the software to experience the AR content, making it less instantaneous.

Marker-less AR does not require image recognition to trigger augmented experiences. AR content is displayed through positional information collected from the device’s camera, GPS, digital compass, and accelerometer. The inputs from these data points allow all the systems to understand the 3D environment through a process known as Simultaneous localization and mapping.

With SLAM, the AR content is overlayed into the real-world environment, which is viewable from any angle. With the development efforts behind this type of AR is involved, the results are equally stunning; that’s why it is quickly becoming the first choice for the advanced AR developers.

What are the limitations of Augmented Reality?

Everything has advantages and some drawbacks also. Augmented Reality includes the high cost of use. They both consume the companies by attempting the use of this technology need expensive equipment to use AR.
With the most popular smartphones on the market costing $600 or more, it’s not accessible yet.Companies such as Google and Apple are pouring millions into this tech, but small companies with visionary ideas that do not have the capital to see them through.  AR is but a broken pipe dream.

There are millions of fans worldwide of all types of animation art, also referred to as Anime.
ALSO READ  How to Create a PR Strategy for Your Business to Increase Conversion?
The fact is...
Read more