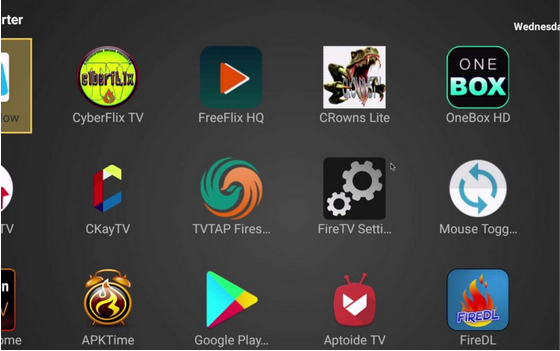 First up is Kodi. As stated on FireStick blog, Kodi is essential.

No Fire TV apps list can be complete without mentioning Kodi. Perhaps the best open source and free media player on the planet, Kodi can pretty much provide any and all FireStick users with infinite content to consume.

It is not that hard to install Kodi and once you have it on your device, you can watch stuff like Kids videos, Sports, Live TV and any news channel you can think of. Do take note that you will need the correct Kodi add-ons to get all the content you want.

A must-have app for people who want the latest TV shows and Movies on their Amazon FireStick device. BeeTV is a relative newcomer but it can give the likes of CyberFlix and CinemaAPK a good run for their money. It is lightweight and fast.

So even if you have an older FireStick device, it won’t bog it down. The playbacks are also quick and it doesn’t take too much space on your device.

ALSO READ  Best Password Managers for your Windows And Mac

Talking about Cinema APK, you should have this one on your FireStick device as well. This app is considered the veteran of the FireStick streaming community and for good reason. The streaming choices that it provides are limitless and it keeps getting regular updates to fix any kind of missing features and bugs.

The thing that sets this app apart is its longevity. Very few apps are able to offer Live TV news Channels on a consistent basis. But this one does. So go get it.

After Kodi, this is the app you should get on your Fire Stick device to have the complete content library. Redbox TV offers hundreds of different Live TV channels from countries as far away as India and Japan. The app itself is mostly bug-free and does not consume much CPU resources. There are ads though. However, if you press the back button, you can skip them.

Live TV has become a big market in the streaming community and Mobdro knows it. That is why it has kept on improving its service. Now, it probably has the best video scrapper in the Fire Stick app ecosystem. The number of Cable TV channels that you can watch with Mobdro is truly astonishing.

Go give this lightweight app (that can show you Live TV channels based on your location) a try.

There was a time when you could not download the official YouTube app from the Amazon App Store. Now, that is not the case. But even if it goes away in the future, you can sideload the app directly into your FireStick device.

Another above-average US streaming service. This streaming app is not free but if you do end up paying for it, it is well worth the money. With the use of a VPN, you can access any content, from any streaming site, at any location on the planet.

For 50 channels you have to cough up $25 per month but there are other subscription options as well. The official app is available on the Amazon App Store, so installing it should not be a problem.

A utility app that enables Fire Stick users to install third-party apps on their device. Sometimes you want more than Amazon App Store offers. To do so, get the APK of the app that you want on your device and install it via Downloader.

Another great alternative to the official Amazon App Store. People in the Fire Stick community are split over which is better between Downloader and Aptoide. You are free to make that choice for yourself. Just know that Aptoide has a massive app library and has an intuitive interface which is more than what we can say for many official apps.

In everyone's life, music is one of the most significant forms of entertainment. That said, the taste for music varies from individual to individual. Numerous...
Read more
Entertainment

Will you like movies? Do you love watching videos from your mobile device, in particular? Anyway, using a PC is for hardcore gamers! So...
Read more