Home Computer The Best Way to Choose a Laptop for Linux

The Best Way to Choose a Laptop for Linux 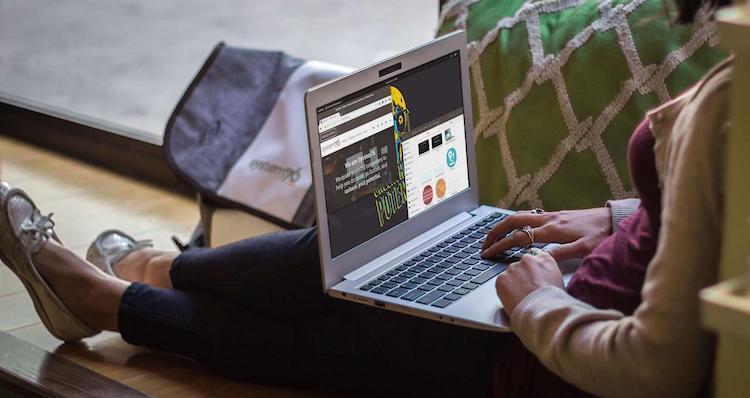 Choosing a laptop is a rather complicated process. We want a satisfying price, suitable appearance and weight, and most importantly – the best features for such a price. But if you need to choose a Kali Linux laptop, then the task is even more complicated, because here you also need to consider the compatibility of equipment with this operating system. Despite the fact that Linux new version of the kernel supports more and more new hardware. Yes, maybe the main functions will work fine, but problems with the wireless adapter, touchpad, or specific hardware buttons can occur.

In this article, we will talk about how to proceed with choosing a laptop for Linux. Let’s consider which laptops are, which one is better and how not to get into a situation when a Linux laptop is purchased.

How to Choose a Laptops for Linux and Pentesting?

If you don’t have previous experience to buy the laptops for Linux, then you can face some problems. So, here is a guide for choosing a Linux laptop.

Canonical, which is developing the Linux Ubuntu distribution, certifies Ubuntu-compatible hardware manufacturers, including laptops. This means that if the laptop is certified, it will definitely work perfectly with Linux and all its features will be supported.

The well-known laptop manufacturers as Dell, HP, Lenovo, ASUS. In addition to the name and model of the laptop, you can find some information about the device – the processor used, the video card, the network and wireless adapter.

It is not always possible to buy a certified laptop for Linux. There are not so many such devices, and their characteristics or price may not suit you. Nevertheless, many manufacturers have recently released laptops with a pre-installed Linux operating system. And this means that Linux should work well on this device, and there are many more such laptops than certified ones, although there are some nuances here. Also, this option to buy is much cheaper than buying a laptop with Windows because you do not need to pay for a licensed version of Windows, especially since you are not going to use it.

A few years ago, I chose a laptop in this way. And I was completely satisfied, there were almost no problems. Difficulties were only with configuring the Wifi adapter in access point mode. So if you use this method, you need not only to rely on the manufacturers but also check everything using the last method from this article.

For a long time, Dell has been partnering with Linux and free software. Dell is the first company to manufacture Linux PCs on board. They offered Linux for the full range of their products, but this did not last long, in 2001 Linux was quietly forgotten. But in 2007, the CEO announced the release of machines with Ubuntu. Ubuntu used to ship by default on more laptops, but now they are down. I think you should pay attention to this manufacturer. But the prices of the company’s products are very impressive. So you can use dell for Linux.

Chromebook as a Laptop for Linux:

A Chromebook is a laptop with a pre-installed ChromeOS operating system. This is a unique operating system based on Gentoo Linux, the main feature of which is the use of a browser to solve all user tasks, maximum lightness and security. Google is testing these laptops before they are released. So that ChromeOS fully works on them, and if ChromeOS works, then any other Linux will work just as well.

True, these laptops have several drawbacks, they are designed only for surfing the Internet, have meager characteristics and a small hard drive. So if you need a very big performance – this option is not for you.

Choosing a Linux Laptop by Yourself:

If none of the methods described above suits for you, one more remain. Find a laptop yourself. Find the model you want in the online store, and then ask Google the query “Ubuntu Model,” “Linux Model,” “Debian Model,” etc. So you will see what problems people who bought this laptop model were trying to install Linux on it.

The network has a huge number of forums, including for the Linux operating system. And users are constantly looking for solutions to their problems, and ask questions. So, after reviewing all this information, you will be able to understand whether there were problems when using the device, how to solve them and you can make an adequate decision about the purchase of a laptop.

Now you know how to choose a laptop for Linux. There are many review sites where you can see the Linux laptop reviews with buying guide. So you can check this place too. If you have your thoughts on this or have experience choosing a laptop for Linux, you can share in the comments.

This post will explain Content marketing 2022. Despite the difficulties of COVID-19, investors are continuing to back high growth tech business. With 15 UK...
Read more
Internet

Breaching of your online privacy can come in many ways. Marketers are collecting your information for advertisement purposes, people with malicious intent are lurking...
Read more
Computer

This post will explain Text to speech Reader. Text-to-speech tools can be helpful to students of all ages. Hearing your text out loud can...
Read more