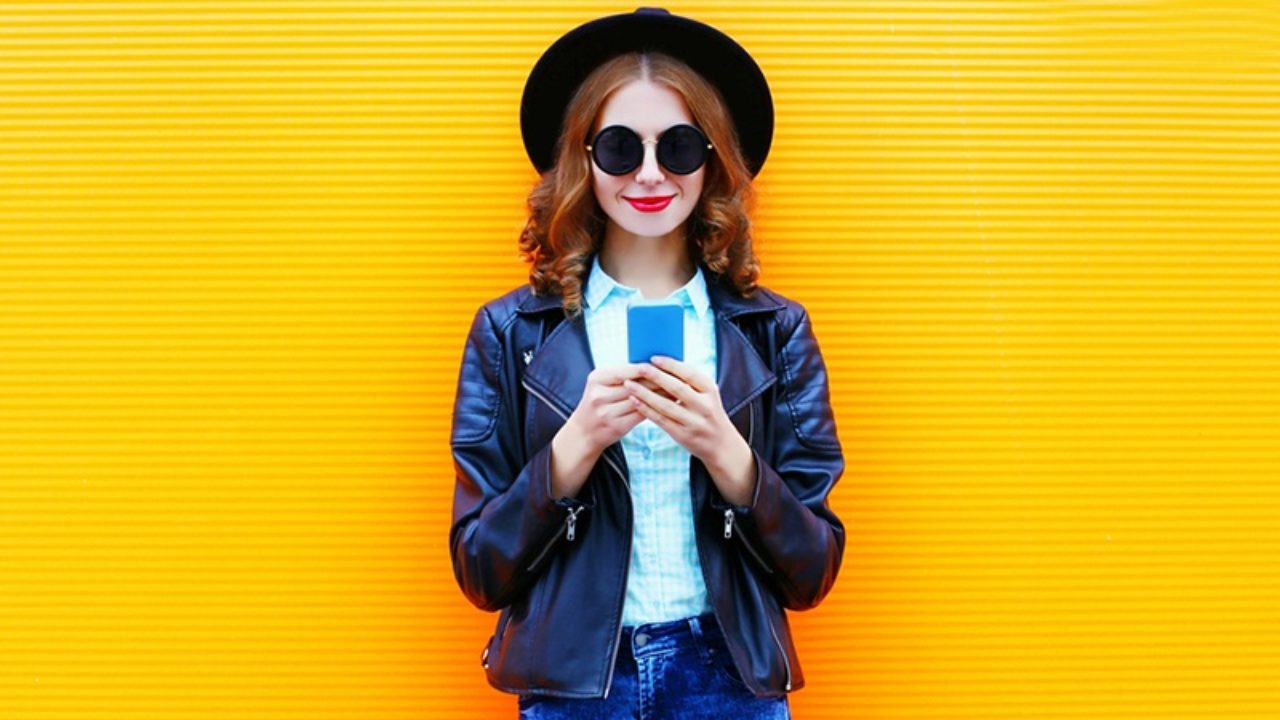 Facebook can sometimes seem like the ugly duckling of influencer marketing. It is still by far the largest social network, but its day of being cool and hip appear to be over. Facebook’s biggest problem was that it became too popular. It was once beloved by the young, but then their parents came along to see what all the fuss was about. The older generations stayed on Facebook, but many Millennials and Generation Z deserted it, trying to distance themselves from their parents.
But that doesn’t mean that there aren’t any Facebook influencers. Far from it. When we look at the following of the largest accounts, we see some enormous eye-watering numbers. The first person in this list, football Cristiano Ronaldo, has more than 120 million Facebook followers, although they are probably in an older demographic than those who choose to follow him on Instagram.

We have had to set a few rules when compiling this list. All of the accounts are technically Facebook Fan Pages. This means that they may or may not be run by the individual concerned. In some cases, it may be a fan club or a super-fan who operates the account. They are all official fan pages, however. We have excluded corporate pages. It would be hard to suggest that Samsung, who runs the largest Facebook page outside of Facebook itself, counts as an influencer, for example. All of the Facebook influencer accounts in this list belong to individuals (or in Linkin Park’s case, a group). We have also ignored the accounts of dead celebrities – it would be hard to set up an influencer marketing campaign with Michael Jackson or Bob Marley, no matter how deep your pockets.

34-year-old Cristiano Ronaldo is a Portuguese professional footballer who plays as a forward for Serie A club Juventus. He also captains the Portugal national team. Many consider him the best footballer in the world, and his incredible Facebook following is a testament to his popularity.

He has won five FIFA Ballon d’Or/Best FIFA Men’s Player awards and four European Golden Shoes. He has won 29 trophies to date in his career. Ronaldo holds the records for most goals scored in the UEFA Champions League (127) and the UEFA European Championship (9). He has scored more than 710 senior career goals.

Shakira is a Colombian singer, songwriter, dancer, businesswoman, and philanthropist. She made her recording debut at the age of 13.

Shakira made four Spanish-language albums in her local Columbia before coming into the English-language market along with her 5th album, Laundry Service (2001). It sold over 13 million copies. She has endured documenting in both languages, releasing a few international hits.

She has now sold more than 75 million records worldwide and remains one of the world’s best-selling music artists.

ALSO READ  How to Save and Find Saved Videos on Facebook

Lionel Messi is an Argentine professional footballer who plays as an ahead and captains both Spanish club Barcelona and the Argentina countrywide team. He has received a record of six FIFA Ballon d’Or/Best FIFA Men’s Player awards and 6 European Golden Shoes.
He has contributed to Barcelona winning a record 34 trophies during his time playing for them.

Messi has scored greater than 690 senior career desires for club and country. He holds the records for most goals in La Liga (420), most desires in a La Liga and European league season (50), most hat-tricks inside the UEFA Champions League (8), and maximum assists in La Liga (163) and the Copa América (13).

ALSO READ  How to Make All Facebook Posts Private

He made his first album, Infinite, in 1996. He completed mainstream reputation in 1999 with The Slim Shady LP, which earned him his first Grammy Award for Best Rap Album.

Eminem is the primary artist to win the Grammy Award for Best Rap Album for 3 consecutive LPs. He has continued to receive numerous awards for his later albums and now has 15 Grammy Awards, eight American Music Awards, 17 Billboard Music Awards, an Academy Award, and an MTV Europe Music Award.

He has now sold greater than 230 million facts globally and is a few of the best-promoting song artists of all time. He is the best-selling music artist in the United States within the 2000s.

Rihanna s a Barbadian singer, fashion designer, and businesswoman. She moved to the USA in 2005 and released her first studio album, Music of the Sun. Her 0.33 album, Good Girl Gone Bad (2007), catapulted her to more stardom, establishing her as a leading figure in the music i industry. Unapologetic (2012) became her first number-one album inside the US.

Rihanna has now bought over 250 million facts and is one of the world’s best-selling music artists.

Will Smith is an American actor, rapper, and media personality. He has been nominated for five Golden Globe Awards and two Academy Awards and has won four Grammy Awards.

Justin Bieber is a Canadian singer-songwriter and actor. He released his debut EP, My World, in late 2009, which was certified Platinum in the United States. He became the first artist to have seven songs from a debut record chart on the US Billboard Hot 100.

Bieber released his first studio album, My World 2.0, in 2010, which was certified triple Platinum in the US. He has continued to release hit albums and singles since then. His US album and singles sales total 44.7 million, and he has sold an estimated 150 million records, making him one of the world’s best-selling music artists.

Bieber’s initially came to fame in his early teens, and had a massive following of young girls, known as “Beliebers.” As Bieber has aged, his music style (and support base) has matured with him.

Taylor Swift is an American singer-songwriter. Her self-titled 2006 debut album was the longest-charting album of the 2000s in the US, where it peaked at number five. Her second album, Fearless, became the best-selling album of 2009 in the US.

Swift has sold more than 50 million albums and 150 million singles. She is now one of the best-selling music artists of all time. In 2015, she was included in Rolling Stone’s 100 Greatest Songwriters of All Time. To date, she has 10 Grammy Awards, one Emmy, 23 Billboard Music Awards, six Guinness world records, and three appearances in Time’s 100 most influential people in the world.

Katy Perry is an American singer, songwriter, and tv judge. She launched her debut studio album Katy Hudson under her birth call in 2001 but had to wait until 2008 in advance than she rose to recognition together along with her 2d album, One of the Boys.

Perry has received diverse awards, including 4 Guinness World Records, 5 American Music Awards, a Brit Award, and a Juno Award. She is one of the best-selling song artists of all time. Perry has sold extra than 18 million albums and a hundred twenty-five million singles globally inside the direction of her career.

Adele is an English singer-songwriter. She released her debut album, 19, in 2008. It is licensed eight instances Platinum within the UK, and three instances Platinum within the US. She accompanied this in 2011 with 21, which earned a file-tying six Grammy Awards. That album has held the position in the US charts longer than any file because 1985 and is an authorized Diamond. Her third studio album, 25, was also an authorized Diamond inside the US.

Adele now has sales of more than 120 million records, making her one of the world’s best-selling music artists.

Jackie Chan (Chan Kong-sang) is a Hong Kong martial artist, actor, movie director, producer, stuntman, and singer known for his acrobatic fighting style, comic timing, use of improvised weapons, and innovative stunts. He has acted because of the 1960s and appeared in over 150 films. He typically performs his own stunts.

He has received stars on the Hong Kong Avenue of Stars and the Hollywood Walk of Fame. In 2016, he was considered the second-highest paid actor in the world.

Selena Gomez is an American singer, actress, and executive producer.  She first appeared on the children’s television series Barney & Friends in 2002. She has since appeared in extra than 30 movies and 20 television collection.

Gomez is arguably better regarded for her music. She launched three Top-10 albums with her former band Selena Gomez & the Scene, from 2009-2011. Gomez has released two number-one albums as a solo artist. In 2017, Billboard stated that she had sold over 7 million albums and 22 million singles worldwide.

Neymar da Silva Santos Júnior is a Brazilian professional footballer who plays as an ahead for French membership Paris Saint-Germain and the Brazil countrywide team. He made his professional debut aged 17 at Santos and changed into named the South American Footballer of the Year in 2011 and 2012.

Neymar relocated to Barcelona in 2012. His team received the continental treble of La Liga, the Copa del Rey, and the UEFA Champions League.

In 2017, Neymar transferred from Barcelona to Paris Saint-Germain. While in France, he has gained league titles, a Coupe de France, and a Coupe de la Ligue, and been voted Ligue 1 Player of the Year.

He is the third-highest goalscorer for Brazil’s national team.

Forbes these days named him the world’s third highest-paid athlete.

Lady Gaga (Stefani Germanotta) is an American singer, songwriter, and actress. She rose to prominence in 2008 with her debut album, The Fame. The title track of her second full-length album, Born This Way, became the fastest-selling song on the iTunes Store.

Lady Gaga also ventured into acting and has played quite a few lead roles. She received a Golden Globe Award for Best Actress for her work in American Horror Story: Hotel.

She became the first woman to achieve five US number one albums in the 2010s.  He had sold 27 million albums and 146 million singles by January 2016.

Dwayne Johnson, better known as The Rock, is an American-Canadian actor, producer, and former professional wrestler. His films have grossed over $3.5 billion in North America and over $10.5 billion worldwide.

As The Rock, he was considered to be one of the greatest professional wrestlers and biggest draws of all-time.

He began his acting with The Mummy Returns in 2001 and has starred in numerous films since, including The Fast and the Furious franchise.