What You Need to Install a Turbocharger to Your Car 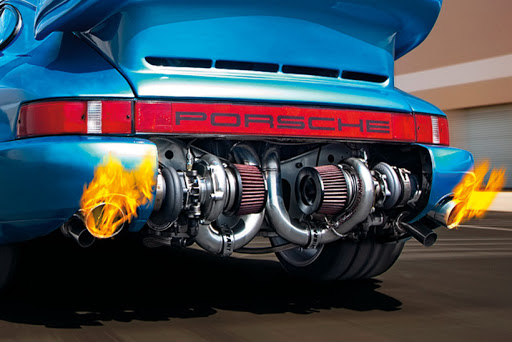 Turbochargers are one of the most exciting features a car enthusiast can have on their vehicle. They’re known for significantly increasing the speed and power of a car. While some car models come with the feature already added to it, others don’t. Despite that, it’s possible to add a turbocharger to your vehicle. It just requires having the proper parts available. Here are all the parts you need to install a turbocharger to your car.

The compressor is placed on the pressure side of the turbo system. When fuel and spent air exit the exhaust port, the exhaust turbine wheel is spun, causing the turboshaft connected to the compressor wheel to spin. It’s important to note that the size and pitch of your compressor wheel, along with the shape of the housing, will determine where the combination of boost pressure and airflow is most efficient. You want to select a compressor size that can deliver that efficiency in a rev range that’s usable. If you select a smaller compressor wheel, your car will have more efficiency lower in the rpm range, but more heat will be created at higher engine speeds. The flow will also be restricted at higher rpms. If you select a compressor wheel that’s too large, your car may experience boost lag and the possibility of compressor surge in the lower rpm range.

Larger compressor wheels tend to be most efficient at higher engine speeds. The compress wheel predicts the horsepower you’ll be needing from your turbine. A turbine that’s too large won’t deliver enough power to your compressor at the low end, and a turbine that’s too small will restrict your compressor at the top end. Correct mass airflow and pressure ratio are the numbers you need to evaluate your compressor on a map. Choose a turbo with a compressor map that places the two plotted points between 65 and 70% efficiency. Keep in mind that when looking at a compressor map, don’t make the mistake of multiplying pressure ratio and total engine CFM to get the corrected mass airflow. Corrected mass airflow requires some complex calculations, and you may need the input of a turbo company.

There are two things involved with picking a turbine for your turbocharger. The turbine wheel has to be small enough to respond quickly. It also has to be large enough to get the compressor wheel spinning fast enough to produce the optimal boost pressure and minimize any backpressure. The way you can accomplish these two factors is by picking a turbine with the smallest wheel diameter, which will allow you to meet your horsepower goals without putting any kinks in your power. You can fine-tune a modern turbo with clickable and replaceable turbine housings. The A/R ratio is used by turbo manufacturers to help people choose a turbine housing that suits their needs. The A stands for area, and the R stands for radius. A/R ratio is defined as the relationship between the radius from the center of the turbine wheel and the center point of the cross-sectional area.

It’s a division of area over the radius. As the area gets smaller, there’s an increase in the speed of the gas and a greater effect on the speed of the turbine wheel. If the area is too small, it won’t be able to give enough energy to the compressor, causing your peak power to suffer. The backpressure will get too high, which will cause backflow into the cylinder as the exhaust valve is opened. When the area gets larger, more energy is delivered to the turbine wheel at the expense of speed. While the design of the turbine wheel and the efficiency of the turbocharger also have an effect, A/R and turbine wheel size will be what mainly determines the spooling, pressure, and overall airflow delivered. Typically, an A/R of 0.5 will give you a better low-speed response, while an A/R of 1.5 will give you more power.

With boost pressure being created by a spinning compressor wheel and exhaust pressure, there’s a risk of feeding your engine more boost than the engine or fuel’s octane rating can handle. The condition is referred to as overboost. A wastegate is a valve that bypasses exhaust gases around the turbocharger and into the exhaust flow. This process helps to control overboost. Wastegates regulate the maximum amount of energy delivered to your turbine, thus controlling the amount of boost your compressor creates. A wastegate that helps your system run effectively will be based on the size, location, and type. Some turbochargers have an integral wastegate built inside, which is actuated by an arm that connects the turbine and the compressor. While these wastegates can be functional for twin-turbo or low-boost single-turbo set-ups, they can’t be clocked for installation, and the gate gets placed in the least desirable part of the system.

External wastegates are an alternative option to consider. They’re sized according to the amount of power you want to make and can be located where it collects all of the exhaust pulses. Bypass valves are necessary because they’re designed to help prevent surge and compressor damage. If you lift off the throttle quickly in a high-rpm situation, the pressure won’t be able to get into the intake manifold. The pressure will stack up against the throttle blades because the compressor and turbine are still spinning. The pressure can stall the compressor wheel or possibly cause a surge as it reverses direction, which creates a low-pressure area and raises and lowers the compressor’s speed. A bypass valve can vent the pressure to the atmosphere whenever the throttle is closed.

The earliest versions of turbo cars didn’t feature any intercoolers, which meant there was no protection from the excess heat built by the turbocharger’s ability to compress rapidly and heat the incoming air. Combine this issue with pump gasoline, and detonation occurs, which can destroy your car’s engine. Among the solutions tried to solve this problem included static compression ratios to fluids that were designed to cool the charge. Intercoolers make it possible to have an efficient engine with a good low-speed response, a reasonable compression ratio, and a sufficient amount of boost to create real power. The intercooler is a heat exchanger that’s placed between the compressor and the intake to help reduce any heat that’s added during the process of compressing the air. Using an intercooler stabilizes the intake air charge, which prevents detonation and expands the compressor map to create more power with a smaller engine.

There are two areas an intercooler can be mounted. It can be mounted around the lower front of the car or mounted on the top, parallel to your engine. Both provide their own benefits that you can decide which one can best suit your needs. Using a top-mount intercooler set-up will decrease your turbo lag. This decrease is caused because the intercooler is closer to the turbocharger outlet and throttle body. As a result of it being closer, this reduces the time that air travels through the system, allowing power to be produced sooner. Front-mount intercooler set-ups can provide more cooling. This set-up is particularly useful when using an aftermarket turbocharger.

The ported shroud can help your turbocharger compressor operate at a lower flow. What the ported shroud does is it forces a simulation of impeller stall to occur continuously. When some air is allowed to escape at this location, it widens the operating range and inhibits the onset of a surge. While there may be a decrease in peak efficiencies, you’ll achieve high efficiency over a wider range of engine speeds. When compressor efficiency increases, it results in a slightly cooler intake air, which can improve your power. The ported shroud is constantly open, which is in contrast to compressor exhaust blow-off valves that are mechanically controlled. Additionally, your compressor’s ability to provide a high boost at low rpm may also increase.

Installing a turbocharger to your car can be exciting and challenging. It’s crucial to have all these parts to help it run as smoothly and efficiently as possible. If you’re interested in learning more about turbochargers, you can take a look at these turbocharger collections.

There are millions of fans worldwide of all types of animation art, also referred to as Anime.
ALSO READ  Key Strategies to Take Your Business to the Next Level
The fact is...
Read more