3 Most Influential American Knifemakers According to a Knife Expert 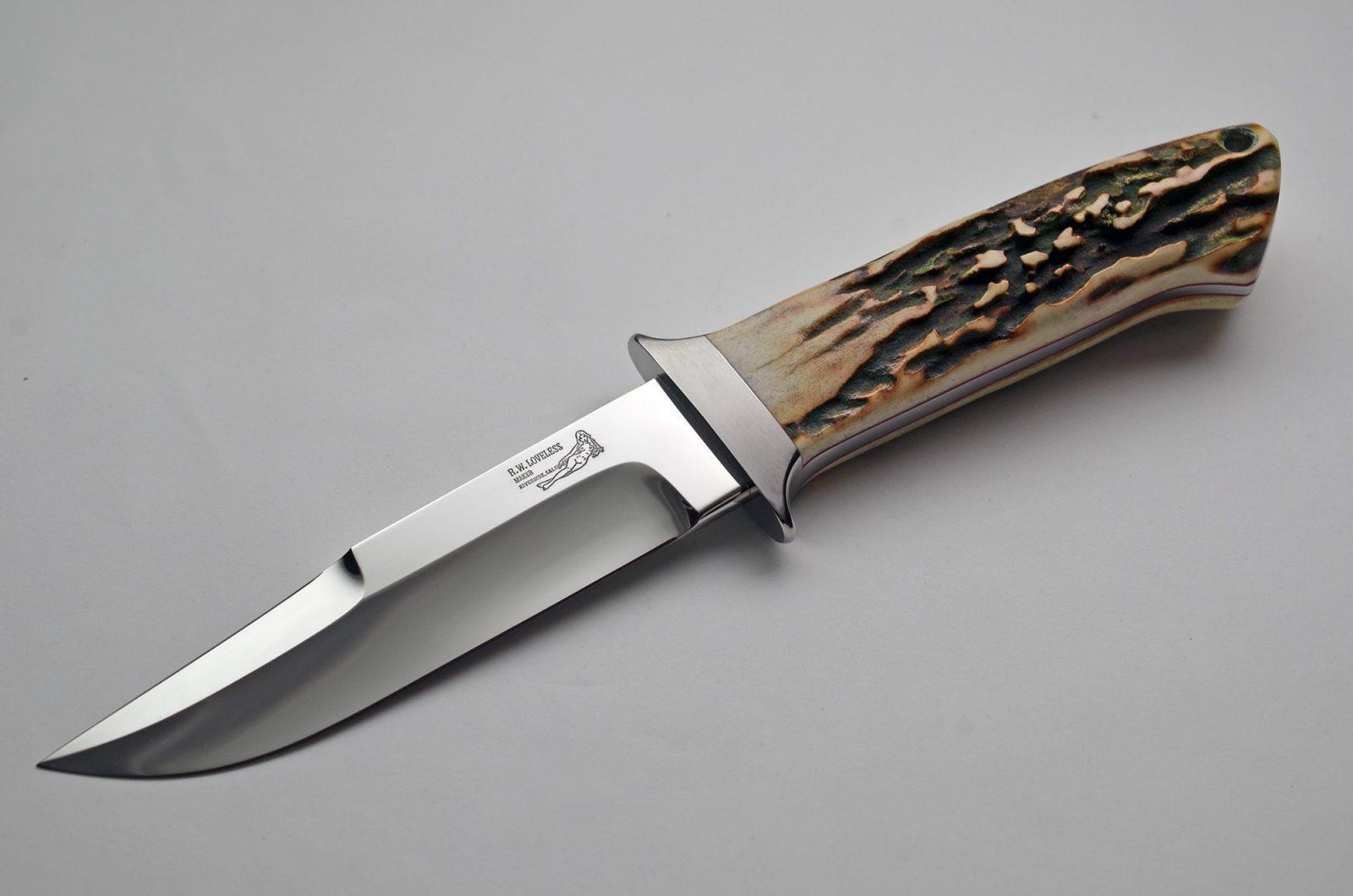 Custom knives are a luxury item and object of art and craftsmanship that has entranced many people into the hobby of collecting them. Axl Rose, William Fordes of Law and Order, the late, great Robin Williams, are just a few of the many clients Exquisite Knives owner and custom knife aficionado Dave Ellis has had for clients. We asked Dave, if you had to say who were the top 3 knifemakers that have impacted custom knifemaking in America, who would they be?

Based out of Taos, New Mexico, Michael Walker is a custom knifemaker noted for his impeccable art knives. His designs are the kind that draw people into the hobby, as even those without a developed appreciation for craftsmanship can see the pure luxury and refinement his art knives display.

Walker’s sensibilities didn’t simply arise from nowhere, in a prior life he was a jeweler by trade until his wife, Patricia, handed him a Gerber knife and an edition of American Blade magazine—or so the story goes. However the blade made it into his hands, he could not help but notice the similarities between making fine jewelry and the craftsmanship and attention to detail that was required to produce high quality knives.

Walker is a double-threat, having made many phenomenal high-quality knives is not the extent of his accomplishments. Perhaps his greatest contribution to the custom knife world was his inventing of many different locking mechanisms—the most famous of which is the ever popular Walker Linerlock. The Walker Linerlock was invented in 1981 and has since become the industry standard for folding knives.

Bill Moran is the founding father of the American Bladesmith Society, a non-profit organization that is dedicated to education and passing down the traditions and knowledge of forging blades. This alone rightfully gives him a place among the most infuential custom knifemakers, but before that he was already well known as the man who greatly contributed to the revival of the forged blade.

While president of the Knifemakers Guild, Moran unveiled his own variant of Damascus knives at a guild show that truly wowed the attendees. Damascus knives are the stuff of legend, as the ancient technique for forging them was lost in history. However, through his own efforts at trial and error, Moran was able to successfully replicate the warbled look of the knives through a technique called pattern welding.

Moran could’ve taken advantage of his development of the technique to bolster his name and sell knives, but his commitment to furthering the craft had driven him to teach others on how to replicate the technique so that they could do it too. As a result, Damascus patterning lives on today through many different creators who all owe their thanks to Moran’s generosity and dedication to knifemaking as a craft.

Bob Loveless, that’s a name you cannot avoid hearing if you wish to collect knives, make them, or simply have a friend who is a passionate collector. There is hardly anyone in the knife scene who does not know the name Loveless.

Robert Waldorf Loveless (1929-2020) was an American custom knifemaker that continues to be well-known for his mastery over hunting and fighting knives. He is widely considered one of the greatest and most collectable knifemakers in the world.

There are many reasons for why Loveless belongs at the top of this list; he introduced newer steels and handle materials to the knifemaking world, he is said to be a pioneer in the development of the tactical knife, Loveless also popularized if not outright developed for himself the full-tapered-tang method which gave knives benefits of full-tang without the extra weight.

However, all of those reasons do not make a lick of difference to anyone who has held a Loveless knife. Simple, eminently practical, and above all, the craftsmanship is of the highest quality. Loveless was not a man who desired to make knives that could not stand up to stress, could not be used for a purpose.

A Passion for Rare Collector’s Knives

The name Loveless endures today because when you pick up a Loveless knife, it just feels good in your hand; it feels right. That is why Loveless tops the list for many collectors, according to Dave Ellis.

Dave has collected custom knives since 1987 and is known for having a unique feel for the market and what makes a truly exquisite knife. Many rising stars in the knifemaking world, such as the Sobral Brothers of CAS Knives have created knives that made their way into Dave’s collection. Dave doesn’t just collect the knives of new talent, he is also one of the top custom knife purveyors in the country and when it comes to Loveless and Moran, there is likely no one who has bought and sold as many of their pieces as Dave has.

However, the passion didn’t just begin with collecting, but rather making too. Dave achieved the title of Mastersmith from the American Bladesmith Society in 1997—the first in California to do so. While his knifemaking days are over, the skills, knowledge, and eye for detail he developed during that time have served him well as a collector and seller of knives.

The culmination of this knowledge, experience, and appreciation is his website Exquisite Knives—a hub for rare knives from the most esteemed collectors that are available for sale. The site is dedicated to selling rare knives and putting out articles discussing many different aspects of appreciating them.

Introduction
ALSO READ  3D Scanning: What Is It And Why Do Businesses Need It?
AppValley is a third party installer that has been one of the best in a long while. It has...
Read more