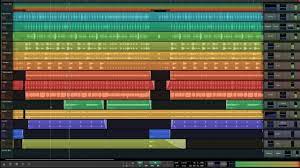 The most important feature of Waveform Free is that it can load VST and AU plugins.
This means you can add hundreds of free VST plugins to your music production workspace, including synthesizers, samplers, effects, and more. This article lists the most important freeware audio plugins. Studio One Prime, on the other hand, is recommended if you’re a singer/songwriter who just requires a multi-track recording program without VST plugin support.

But the harsh reality is that no freeware DAW is ideal. The digital audio workstation should be the first item on your purchasing list if you have some money to spend on music production software. Reaper is the most cost-effective DAW on the market.
It costs $60 for a reduced license and includes a generous 60-day free trial period.
Some individuals just keep using the trial version of Reaper indefinitely. However, if you use Reaper to produce music, be fair and buy a license to help the developers.

Ableton Live, FL Studio, Steinberg Cubase Pro, and Bitwig Studio are some more prominent DAWs. If you’re using macOS, Logic Pro X is the obvious choice. Studio One Pro is our favorite professional digital audio workstation. Cakewalk by BandLab for Windows and GarageBand for macOS is the best freeware alternatives to T7 DAW.
Ardor, a free music production workstation for Linux, is also recommended by our readers. Try Studio One Prime or Pro Tools First if you don’t want to utilize VST plugins and only need a free music production application to record and edit your tracks. 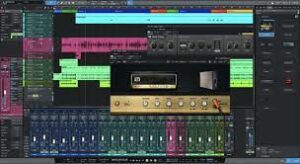 For singer-songwriters, Studio One Prime is the greatest free music production software .
It’s a simple free DAW for recording audio and doing basic mixing chores. The program comes with a selection of high-quality audio effects pre-installed. A channel strip featuring EQ and compression, reverb and delay effects, flanger, chorus, and even the simplest version of PreSonus’ guitar processing effects Empire and Pedalboard is included.

However, PreSonus’ free DAW does not support VST plugins. This means you’ll only be able to use the effects that come with Studio One’s free edition. Studio One Artist or Studio One Pro can be upgraded by users that want more sophisticated capabilities.

Pro Tools First is another excellent free music recording program for singer-songwriters.
It’s built on Avid’s industry-standard Pro Tools software. It has several restrictions, similar to Studio One Prime (most notably the inability to install external plugins), but its simplicity may appeal to less demanding users. Nonetheless, we favor Studio One Prime’s user-friendly interface and general usefulness. 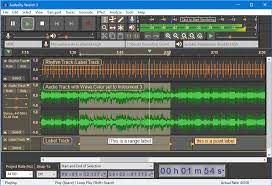 Without an audio editor, free music production software is incomplete. The finest free audio editing program on the market is Audacity. It’s also a fantastic free recording program. Audacity is a free audio editing and recording program that is open-source and cross-platform. It comes with a wide range of tools and effects to handle any audio editing or recording task. Audacity is being developed by a group of volunteers, and it is updated nearly every month. It’s small, stable, and simple enough for even the most inexperienced music producers to use. VST plugins can also be loaded into Audacity, though only 32-bit plugins are supported. 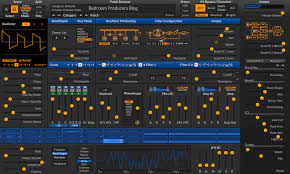 Surge’s nearly endlessly powerful synthesis engine will appeal to experienced sound designers and music producers. Beginners, on the other hand, can benefit from the more than 1,000 sound presets provided with this free synth.

Surge is the way to go if you need a versatile free synthesizer for your music production studio. It’s one of the greatest free music software programs available, particularly for electronic music makers. The surge was created by the same programmer that subsequently worked on Bitwig Studio, which is a music production software.
The plugin is currently available as an open-source virtual instrument created by a group of musicians. 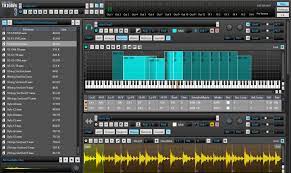 The finest free sampler plugin for your music production studio is  TX16Wx Software Sampler. It’s also the finest free alternative to Native Instruments’ Kontakt sampler, which is the industry standard. WAV, AIFF, Ogg, and FLAC samples may be loaded into the TX16Wx Software Sampler. SoundFonts, SFZ patches, and Akai and EXS format preset are all supported. Compatibility with SoundFont and SFZ is a must-have feature.

You can discover hundreds of free SFZ sound libraries online, like the amazing Piano in 162 and the SM Drums acoustic drum kit. Of course, you may utilize TX16Wx Software Sampler to make your own sample-based patches. A sophisticated mapping editor, a non-destructive sample editor, built-in effects, time-stretching, limitless modulation sources, and even the ability to record audio are all included in the plugin. You may use your digital audio workstation to record any sort of sound and save it as an audio sample.

TX16Wx Program Sampler is a standalone music creation software that may also be used as a VST, VST, AU, and AAX plugin in a compatible digital audio workstation. A sampler instrument will be included in the majority of music-making apps, whether free or commercial. TX16Wx Software Sampler, on the other hand, has a comprehensive feature set for a sample-based music creation environment. If you find TX16Wx Software Sampler to be too difficult or burdensome to operate, try Grace, a simple freeware sampler instrument that only runs on Windows. 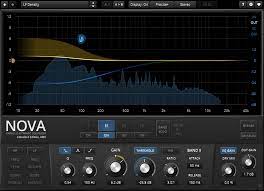 The finest free equalization plugin you can add to your music-making software toolkit is TDR Nova. It’s a four-band dynamic equalizer with high-pass and low-pass filters thrown in for good measure. TDR Nova is a dynamic equalizer that can handle a wide range of mixing jobs. It can be used as a basic parametric equalizer, dynamic EQ, multi-band compressor, de-esser, wideband compressor, or even a simple audio filter.

TDR Nova’s versatility and user-friendliness are its two finest features. Even complete beginners can utilize the plugin’s fundamental equalization functions, despite its sophisticated “dynamic EQ” capabilities. By default, the sophisticated dynamics controls are turned off, although they are available to use if needed. 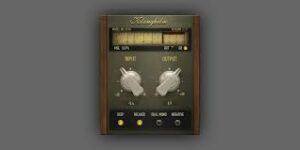 The best free compressor plugin is DC1A. It isn’t the most feature-rich compressor effect, but it is the most user-friendly. Many newcomers to music production struggle to comprehend how an audio compressor works. With DC1A, all you have to do is find the right compression ratio, and the rest will happen behind the scenes.

DC1A is the first compressor effect to add to your arsenal if you’re just getting started with music production software. TDR Kotelnikov, the greatest free mastering compressor on the market, is recommended for more skilled song producers and experienced audio engineers. 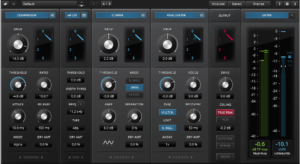 In the audio mastering stage of music production, a limiter is a must-have tool. To be honest, mastering your most critical tasks should be delegated to a professional mastering engineer. When mastering your demo tracks and song previews, however, having a decent quality limiter plugin is vital. And, to be honest, mixing and mastering an entire song using only free music production software is a lot of fun. With this in mind, Limiter No6 is the finest free limiter plugin for your preferred music-making software.

LoudMax by Thomas Mundt is another outstanding free limiter plugin. Limiter No6 is more advanced, therefore it’s better for novices. We also suggest D16 Group’s superb Frontier limiter. Both plugins are worthwhile additions to your mastering toolkit. OrilRiver is a free algorithmic stereo reverb plugin that can compete with the sound quality of the more expensive plugins.

The key element in each outstanding mix is a lush-sounding reverb effect. As a result, a high-quality reverb plugin is an essential component of every music producer’s software arsenal. Denis Tihanov’s OrilRiver is the greatest free reverb VST plugin available right now.

OrilRiver is a free algorithmic stereo reverb plugin that can compete with even the most costly reverbs in terms of sound quality. It’s a versatile effect that can be used to create little rooms, large halls, cathedrals, and any other sort of place in between. This is a very sophisticated reverb plugin, but the well-designed interface makes it worth it.

It’s simple to use, even for beginners, thanks to the user interface and basic controls. The presets provided in the package include the most common forms of reverb effects. When changing presets, press the padlock symbol next to the preset browser to lock the setting of the Wet knob. 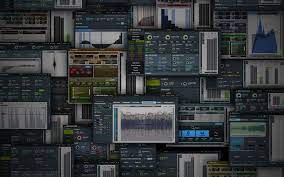 So far, we’ve covered what we consider to be essentially free music production software .
Look at MeldaAudio’s MFreeFXBundle if you want to increase your music-making arsenal even further. It comes with a good number of other plugins, like phaser, chorus, bit crusher, and others. We also propose Native Instruments’ Komplete Start Bundle, Blue Cat’s Freeware Plug-ins Pack II, and the Dead Duck Free Effects Bundle (which is only available for Windows, sadly). 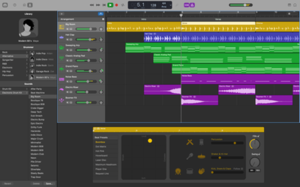 On your Mac, GarageBand is the simplest way to make a great-sounding song. The Drummer lets you add realistic, perfectly produced, and performed drum rhythms to your music. The features of Garageband include: Add a virtual session drummer to your track who will follow your instructions and perform realistic beats. Make a song with as many as 255 tracks. Flex Time allows you to quickly alter the time of an audio recording. To play any GarageBand instrument on your Mac remotely, use your iPad and Multi-Touch gestures. With multi-take recording, you may choose your finest performance. Platform: Mac OS X is free.