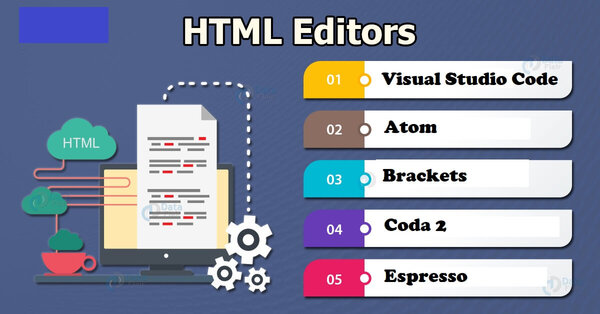 HTML editors are very important for any web developer or site designer. These types of software’s can assist web developers design a website, check for errors, and experiment with many text designs and layouts. Here, we listed the best HTML editors for your Mac, Windows, and Linux systems.

These editors are not only famous, but they’re also reliable. If you’re searching for advanced and well-designed HTML editors, then read on to find the best editor for your operating system.

What Is HTML Editor?

HTML editor is a kind of code editing program that permits you to write HTML (HyperText Markup Language), and also allow you to preview the results in real-time. The preview feature of HTML editors assist you ‘validate’ the code and ensuring that it’ll work when you uploaded it to a site.

HTML editors are created for working with HTML, but some programs are multifunctional. These text-based editors permit you to experiment with many site layouts and web designs. They also permit you to correct errors and see your work before the site goes live.

List of Best HTML text Editors for your Mac

Here we discussed above what is an HTML editor, we can finally sink into the actual editors and pick up the best HTML editor.

When We comes to selecting a platform for our work, where we waste a lot of time on, it’s very important to pick up the best that suits us. Each editor has the great features. However, some offer you more visual representation than others, more extra packages to install, and so on.

Below mentioned list of the best HTML text editors for your Mac is based on popularity, features, and design:

Visual Studio Code has become famous among developers. Actual it’s a Microsoft product that offers you a variety of packages and free extensions that can be downloaded very easily from its marketplace to add extra features and the code editor itself can be also customized.

This HTML text editor suports its own terminal and debugger and has integration with all source control features. We say that it is the Best HTML Editor, as it provides you on-the-fly popups that show the documentation for classes and methods.

Atom makes a very powerful claim as the best free text editor for your Mac. Atom is an open source text editor. Atom has some serious potential to provide you under the hood.

Atom is a good starting point for beginners. It’s a best editor with optional packages that add more complex functionality.

It also support for Git and GitHub, with no need for extra packages. When you need features and language support, there’s also a package manager that makes this easy. You can also customize the interface according to your choice.

Another free open source or best editor, Brackets is all about making it easy. Crafted from the ground up and front-end developers, it provides you a lots of features such as real-time visualization of the website, with changes in real-time.

Brackets is created by Adobe, and it lets users extract information like colors, gradients, fonts and measurements and so more directly from PSD files as clean CSS. It’s an editor that any interface designer should have it in their arsenal.

Coda has a beautiful UI that’s part of a software package that has regular updates. This HTML editor has a booming plugin repository that anyone can contribute to.

One great feature is the ability to sync your working environment such as clips and configs with other devices that you’re working on, so in this way you never lose your place.

Has great editing features, it’s divided into three columns comprising your files, code editor or navigator, which let you see the many sections of code you’re working on. You can also drag-and-drop content into this text editor interface to see it update in the real-time.

It is an award-winning professional editor built for web authors and software developers. It has great features that enable users to design, edit, and manipulate code by using Git and subversion integration, search and replace across many files, project definition tools and so more.

BBEdit gives you free 30-day trial after which the editor will be free to use forever with great features restricted to advanced users.

It is an advanced text editor to offer users with a complete feature set for HTML editing among many other languages.

It supports many languages with options for “Goto Anything“, character and word count, jump to symbols and batch editing and so more.

Sublime Text is totally free to use without any strings attached with the exception of a pop-up that reminds developers to buy a license.  Personal license costs starts from $80.

UltraEdit is a secure and fast Mac text editor designed to increase the productivity of web developers with great features ideal for personal and business projects. It also gives you a free I month trial with a money back guarantee.

It is a very lightweight, multi-language editor. It is designed to boost developers’ productivity with very great features like fuzzy-search, documentation snippets and so more.

Code runner is also a paid editor but it has a free installation package that permits users to test the editor before deciding whether or not to purchase it.

It is a, customizable command line-based editor with an interpreter for Emacs Lisp at its core. It has great features of a robust set of text editing tools with support for all extensions that enhance its functionality.

Now getting a help for write code faster and more efficiently is must. Whether you just want to start coding or you’re a seasoned vet, HTML editor is anyone’s best friend. Features aside, selecting the best HTML editor that suits you might be very difficult. We encourage you to test with different editors and pick up that one that fits your needs and workflow best.

Well, don’t feel any hesitate to share your experience with us in the below comments box.

To watch cartoons online for free, you'll need to know-how. Then you are precisely where you are intended to...
Read more
ALSO READ  Your Ultimate Guide To Digital Transformation