Home How to What Makes Chernobyl Tours So Alluring for Tourists?

What Makes Chernobyl Tours So Alluring for Tourists? 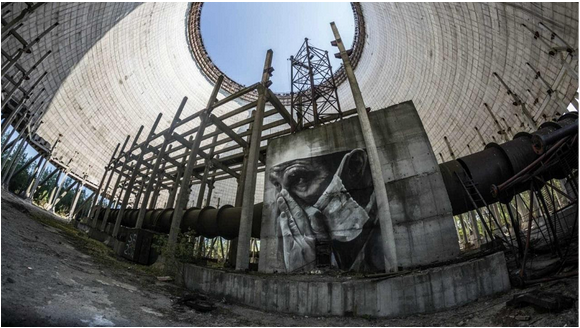 The tragedy at the Chernobyl Nuclear Power Station happened over 34 years ago, but its aftereffects are felt until nowadays. The hectic disaster affected all the countries of the world and millions of people worldwide. Regardless of the time of the event, Chernobyl still remains one of the most popular tourist destinations. After the release of “Chernobyl” HBO Series, the demand for Chernobyl tours has grown. There are many trusted agencies organizing such trips for individuals and groups of tourists willing to see the abandoned places with their own eyes.

According to recent estimates, around 10 thousands of people from Ukraine and from abroad visit the Chernobyl zone. This number increases in April, when the anniversary of the disaster is marked. However, the question is as follows: what makes tours of Chernobyl so alluring for tourists? Here are the main reasons that keep people interested in these excursions.

Everyone, who has the intention to visit the Exclusion zone, is driven by the only desire – to see these historic places in person. Much has been written and reported about the tragedy and the locations, which obviously causes genuine interest. Most tourists, who have heard and read much about the Chernobyl disaster, wish to see the town of Pripyat, the well-known objects found there, the abandoned houses, schools, hospitals and other places of historic interest.

Many agencies that organize Chernobyl tours from Kiev present them as extreme trips. To some extent, this is really so, because the place always triggers adrenaline rush and special atmosphere that cannot be observed in other travel destinations. This is a widespread misbelief that every tourist, who books the best Chernobyl tour, wants to see some mutants there, even though, many cases have actually been reported. More often, visitors who go to Chernobyl, wish to feel the real atmosphere of the place and to understand the devastating power of the “peaceful atom” that should never be disregarded.

There is hardly a person, who has never heard about S.T.A.L.K.E.R. This is the extreme computer game, which is based on Chernobyl motives. All the maps and actions that take place in the game are the exact copies of real locations. The only difference is that the game makes it possible to fight with monsters and mutants, which has nothing to do with real Chernobyl locations. However, the fans of the game still have the urge to visit the place, hoping to get these extreme feeling there. As a result, they often become disappointed just because real state of affairs doesn’t meet their expectations.

Listed above are just some of the most widespread reasons that make tourists book a Chernobyl tour from one of the trusted agencies. Whatever your actual intentions are, you can be 100% sure that you won’t be disappointed with the result. There is much to see in Chernobyl, while its unique atmosphere cannot be compared with any other place in the world. It’s definitely worth visiting.

This post will explain Roblox error code 267 bypass.If being a true ROBLOX gamer you are regularly being kicking out of the track, the...
Read more
How to

This post will explain this site can’t be reached. If you have a Google Chrome, you would have encountered a number of errors while...
Read more